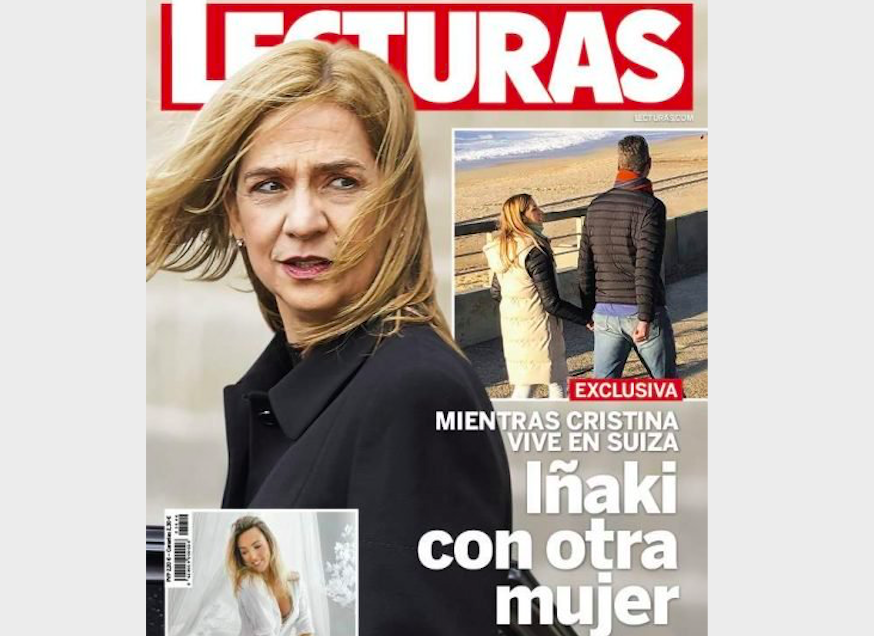 The king of Spain’s sister, the Infanta Cristina, is separating from her husband, Iñaki Urdangarin.

According to a joint official statement issued on Monday, the couple decided ‘by mutual agreement to interrupt their marital relationship’. Cristina married Iñaki Urdangarin, a former handball player for Spain’s national team, in 1997.

The separation follows last week’s publication by Lecturas magazine of pictures of Urdangarin walking hand in hand with another woman, Ainhoa Armentia. The images were taken on the French beach of Bidart where the royal couple used to spend their summer vacations. According to Spanish media, Armentia is a co-worker at a law firm where Urdangarin currently works.

After publication of the photos, Urdangarin spoke to the press as he arrived at his workplace in Vitoria, stating: ‘Things happen and we are going to manage it in the best possible way. We will manage [the situation] with the utmost calm and together, as always.’

In 2018, Urdangarin was sentenced to five years in prison for embezzlement and money laundering in excess of 5 million euros through his supposedly non-profit organisation, the Noos Institute. His wife was questioned by the police and a judge in connection with the case but no further action was taken. They were both stripped of their titles of the Duke and Duchess of Palma de Mallorca.

Since 2021, Urdangarin has been granted permission to move to the Grade 3 Spanish prison regime, which means he only needs to report to prison once a week.