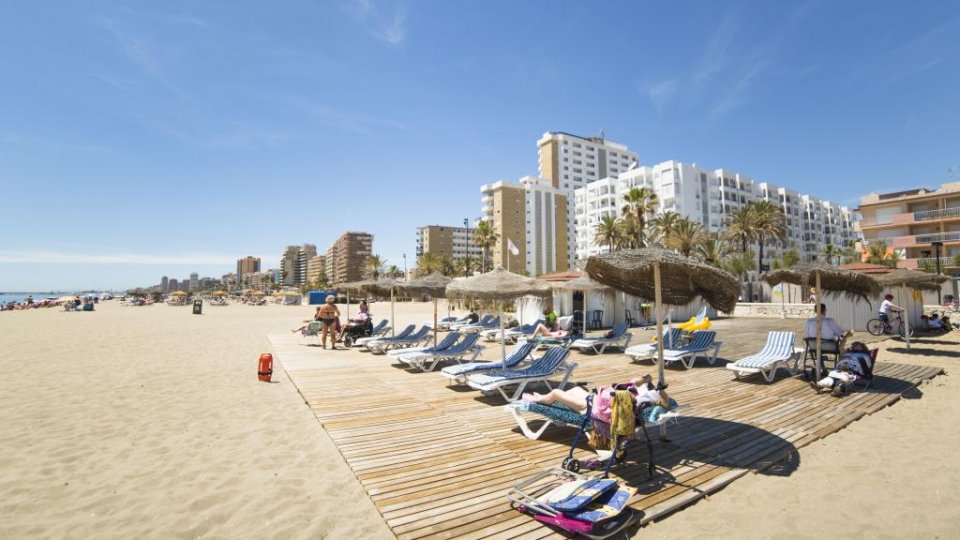 The Spanish Tourist Office has presented an outline of its four year strategy to revive the country’s tourism sector, highlighting the UK as crucial to its success.

It has also put forward ambitious targets to invest in a sustainable recovery for the sector, aiming to improve the experience for visitors from the pre-pandemic era as part of its rejuvenation plans.

Explaining the strategy and the importance of the link with Britain, Miguel Sanz, Director-General of the Spanish Tourist Office, said that ‘in the first phase, we want a speedy recovery, but we will need help from our partners in the British tourist industry. Britain is our single most important country. We need each other. We hope to work closely with you’.

Keen to highlight the steps that have already been taken to support the recovery of the sector, Sanz said that ‘we have signed different marketing agreements in the last few months with different companies in the sector to increase connectivity to our islands and mainland Spain’.

The plans for a sustainable recovery include aspirations to make tourism better for the consumer, along with the social and economic impact that the sector can bring.

Sanz explained that tourism can be a ‘force for good’ alongside being a profitable sector that contributes significantly to the economy, whether through a small business or an international corporation.

Emphasising the focus of the strategy, he said that ‘we are committing to socio-sustainability, a strategy that looks after the environment but also the communities and the economy. You can count on us’.

Others in the delegation also spoke about the plans and the commitments to help the sector recover.

José Pascual Martínez, Spanish Ambassador to the UK, said that Spain was planning to spend 75 billion euros on a ‘green and digital revolution’ which would also ‘flow into the tourism sector’. He added: ‘We will build back a sector that is more sustainable. We want to position ourselves at the vanguard of sustainability.’

Following months of disruption and barriers to travelling freely to Spain from the UK, there was also a commitment to working more closely between the two countries to ease travel.

José María Fernández López de Turiso, deputy head of mission at the Spanish Embassy in London, explained the challenges that need addressing, saying that ‘the evil combinations of Brexit and Covid has devastated the mobility between the two countries, but this is something we want to regain. We want to work with the British government.’

Although this summer has seen a slight uplift in British tourist numbers, since travel restrictions began to ease in the spring, the progress made was still considered small compared to the 20 million annual visitors that was the norm before the pandemic.

The next few weeks and months will be crucial for the industry, with tourist boards and travel companies expected to significantly raise profiles and marketing initiatives to encourage a surge in bookings for international tourists to return in large numbers.

Britain is seen as a key relationship to maintain and develop as part of the plans. There were encouraging signs of this in the recent results of a survey by the WTM Industry Report, covering 1,000 British consumers and their thoughts on travel plans for the next 12 months.

The report concluded that ‘sun-starved Brits’ definitely ‘want to flock back to the Mediterranean next summer’, with the traditional hotspot of Spain regaining its crown as the favourite destination.

A third (34%) of the 1,000 consumers polled by the WTM report said they will ‘definitely’ holiday overseas in 2022; almost a quarter (23%) said they will ‘probably’ do so, while a further 21% said they hope to take a break abroad next year. Another 17% said they will opt for a staycation, while just 6% said they don’t plan any sort of vacation for 2022.

The top hotspot mentioned by consumers was Spain, with others being more certain about which resort area they wanted to visit, citing Spanish islands such as Lanzarote and Mallorca, seen as a positive sign that 2022 will be the bounce back year for Spain’s tourism sector.

The Spanish & UK could come to some arrangement for UK ‘swallows’ to be able to return to Spain for the Winter months rather than be tied by the post Brexit 90 day rule. Many thousands of UK Nationals would love to spend time and money from October through to April. Surely, it’s not beyond reach to agree some sort of special VISA to concession. The irony being that EU nationals can spend a concurrent 6 months in the UK. We’re not looking for any special treatment but simply parity.