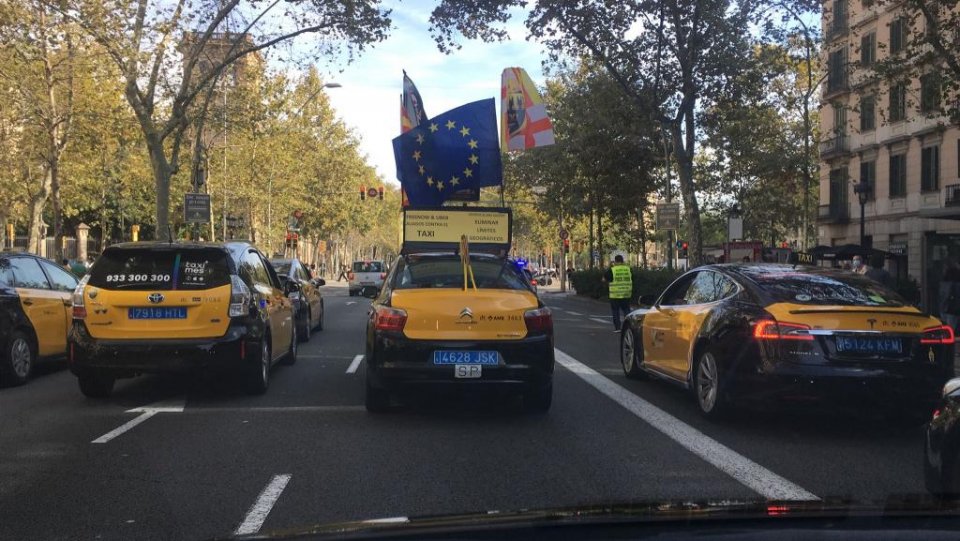 There has been another protest on Tuesday by taxi drivers in Barcelona, who gathered to drive slowly through the city to demand the enforcement of regulations on competitors using ride-hailing apps, such as Uber.

The demonstrations were also in protest of the apparent growing allegiance between these companies and Barcelona’s most popular privately owned taxi app, Free Now.

The slow drive was encouraged by the largest taxi union in Barcelona, Elite Taxi, and is one of a number that has been staged this year. The action has been taken to highlight the threat to local firms from app competitors such as Uber and Cabify.

Uber stopped operating in Barcelona in January 2019, after local authorities passed regulations to set a minimum 15-minute waiting period for Uber and Cabify users. This effectively limited competition in the market. However, Cabify remained in the city using its own fleet of taxis, whilst Uber ceased operations there.

Uber then returned in March 2021, when it made its app available to taxi drivers, causing controversy and upset amongst the taxi driving community.

Since then, taxi drivers have protested regularly against Uber’s return to Barcelona, saying that they are in breach of the ride-hailing regulations and that there was unrest amongst drivers, some of whom had been called ‘traitors’ for agreeing to use the app.

There is also increasing pressure from local firms for authorities to create a public app for taxis, therefore reducing the reliance on privately owned apps, such as Free Now, that has developed close ties with Uber.

Speaking about the perception of Free Now, Elite Taxi said that it has gone ‘from being considered the app taxi drivers trust to Uber’s main partner in Europe’.

The demonstrations on Tuesday will again highlight the discord in the taxi driving sector in the city, which the authorities will be keen to resolve amicably to prevent further protests and disruption.