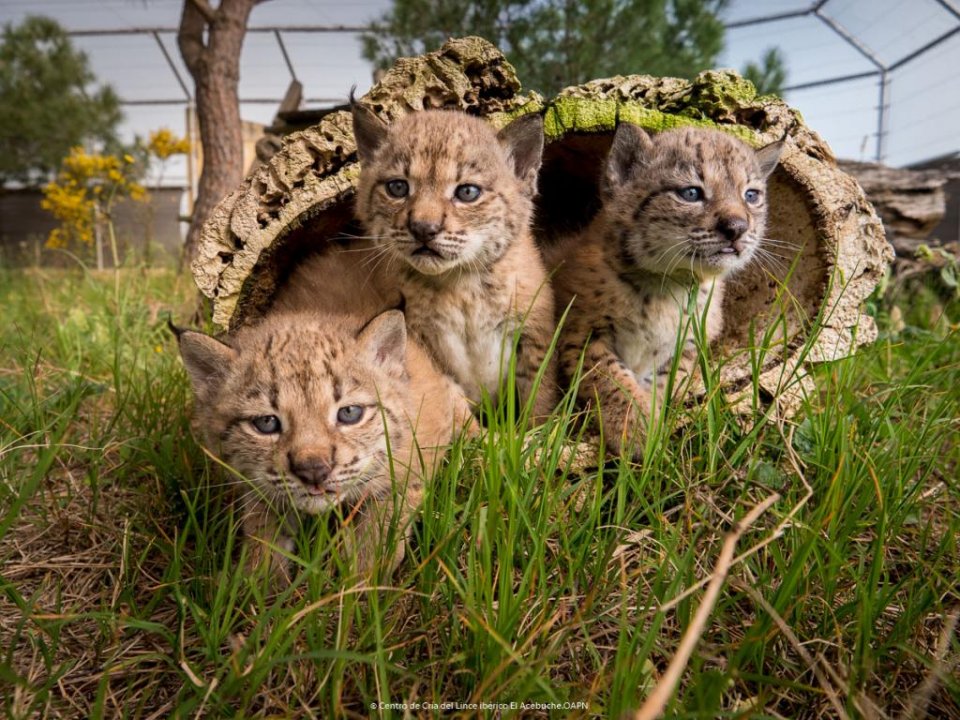 As the latest Iberian lynx breeding season comes to an end, it has been announced that 23 new cubs have been born in breeding centres in Spain, managed by the National Parks Autonomous Agency (OAPN).

The success in breeding has resulted in a record breaking all-time high for the species, that was in danger of becoming extinct 20 years ago when the programme was introduced.

The conservation programme has worked tirelessly since then in an attempt to secure the future of the species, introducing breeding programmes that allow it to increase in numbers.

The breeding centres are located in El Acebucghe in the Doñana National Park in Huelva (Andalusia) and in Zarza de Granadilla in Cáceres (Extremadura). Both are managed by the National Parks Agency, under the umbrella of the Ministry for Ecological Transition and Demographic Challenge.

Since the monitoring and breeding programme was introduced in 2002, numbers have increased from fewer than 100 to 1,111 across Spain and Portugal, according to data from 2020.

Details of the cubs born this season have been released, confirming that 15 males and 8 females were born, split across 4 different litters.

The programme not only encourages the breeding of the cubs, but also supports the early development of the animals before some are released into the wild, with the remaining animals kept for breeding in the centres.

Iberian lynx litters will undergo a period of aggressive behaviour as part of their development at around seven weeks of age, when the cubs attempt to establish their hierarchy and can end in the death of at least one of them during this process.

Currently, most of the cubs born this season have overcome this period, and the centres are confident that the remaining cubs can also successfully reach the next stage of their development.

So far in 2021, 27 lynx have been released as part of the breeding programme. To date, 238 have been born in the centres, with 150 released into various parts of the Iberian Peninsula, where efforts are focused for reintroduction and reinforcement of the species.

As one of the world’s most endangered cats, the announcement this week is welcome news in the fight to protect the species. Overcoming challenges to their already fragile habitats continue to be a focus for the centres, who are determined to secure the breed’s future existence.