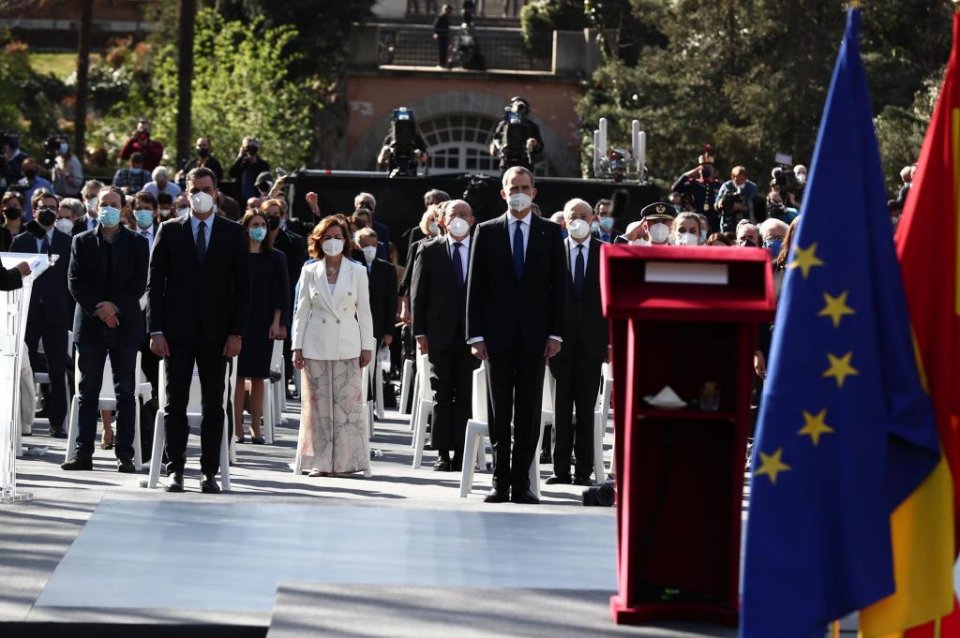 On Thursday, Spain hosted an event to mark European Day of Remembrance of Victims of Terrorism, also coinciding with the 17th anniversary of the train bombings in Madrid.

The 11 March commemoration date was set by the European Parliament after the 2004 jihadist massacre in Madrid – one of the deadliest terrorist attacks witnessed in Europe at the time.

The 2004 train bombings were a series of coordinated, near simultaneous attacks that targeted commuter trains in Madrid.

During the early morning of 11 March, a total of 10 bombs exploded on four trains in and around Atocha station, in the capital’s centre. The attack resulted in 193 deaths and left over 1,800 injured.

Initially the government – led by the People’s Party (PP) under José María Aznar at the time – blamed the attacks on the Basque terrorist group ETA.

The accusation became the source of nationwide controversy when evidence quickly demonstrated that the explosives were known to be used by Al Qaeda inspired terrorists.

The bombings, in response to Spain joining the US invasion of Iraq, took place only three days before a general election, in which Aznar’s PP then lost to José Luis Rodríguez Zapatero’s PSOE socialist party. In 2007, 18 Islamic fundamentalists were finally convicted of the bombings.

The 11 March commemoration act was held in the gardens of the Royal Palace in Madrid, among the backdrop of the 191 cypresses and olive trees – in memory of the civilian victms of the attack –  planted in the Forest of Remembrance.

Among the addresses made were those by Tomás Caballero, the president of the Victims of Terrorism Foundation, and Philippe Vansteenkiste, director of Victims-Europe, who spoke on part of Spanish and European victims of terrorism.

With regards to confronting terrorism, Felipe VI stressed the importance of international cooperation, stating that ‘preventing the radicalisation of sectors of the population and rejecting any legitimisation of violence as a means to achieving political goals or those of any other nature is one of the main challenges of the phenomenon of terrorism facing the EU and of the international community’.

The king highlighted education as an ‘essential’ element for the prevention of terrorism. He explained that ‘the involvement and help of victims is fundamental, because sharing their personal experience with the new generations will contribute to the commitment of young people to a future of peaceful coexistence’.

In his address, Pedro Sánchez stressed the role of the foundations and associations of victims to ’preserve the memory of the victims’ and ended his intervention by reiterating his ‘gratitude and common feeling of deep solidarity’ with all the victims.