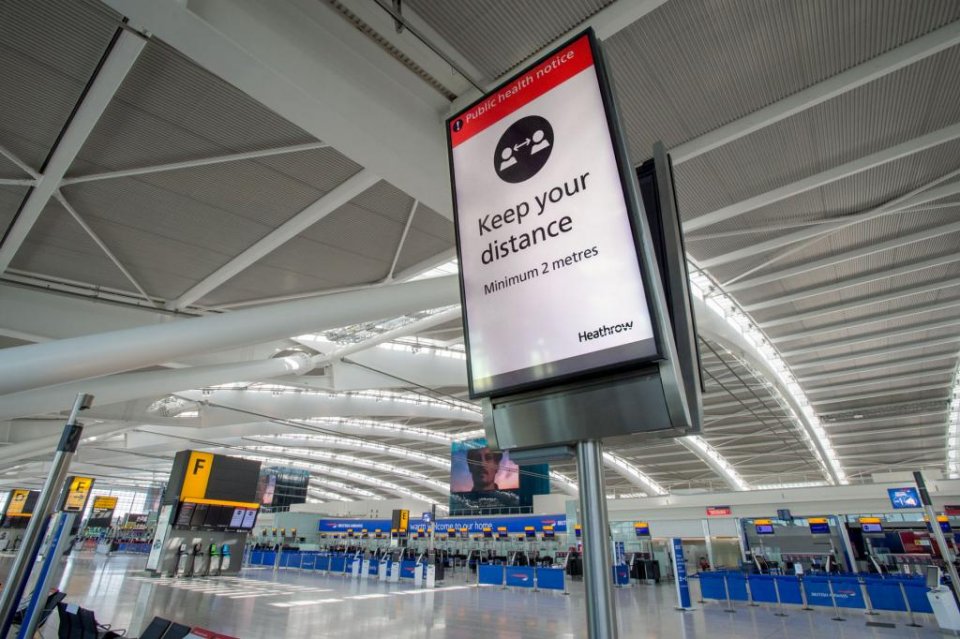 UK Prime Minister Boris Johnson has announced plans for the relaxing of the lockdown across England – but restrictions on international travel will remain in place at least until 17 May, his government has stated. International holiday bookings surged by as much as 600% after his announcement, however, as Britons rushed to make plans for the summer, with Spain as one of the top destinations.

Johnson announced his four stage plan in the House of Commons on Monday, and a full ‘roadmap’ document has since been released.

The proposed timetable takes place in four stages, with five weeks in between, and with different restrictions being relaxed from 8 March, from 29 March, ‘no earlier than 12 April’, and then finally ‘no earlier than 17 May’.

Johnson also stressed that after the first step, all subsequent stages of re-opening could be subject to delay and that the programme would be guided by ‘data rather than dates’.

Within the report, the UK government states that ‘restrictions on international travel will need to remain in place for the moment. However, following the Taskforce’s report in April, the government will take a decision on when these can be removed, which will be no earlier than 17 May. This decision will be dependent on the global and domestic epidemiological picture, the prevalence and location of any Variants of Concern, the progress of vaccine rollouts here [in the UK] and abroad, and what more we have learned about the efficacy of vaccines on variants, and the impact on transmission, hospitalisation and deaths.’

The UK is also looking at a system of allowing vaccinated individuals to travel more freely internationally, the report added.

‘There is no credible route to a zero Covid Britain or a zero Covid world,’ Johnson told the UK parliament on Monday, whilst explaining his ‘cautious’ four stage approach to lift the lockdown. ‘And we cannot persist indefinitely with restrictions that debilitate our economy, our physical and mental well-being, and the life chances of our children,’ he added.

‘And that is why it is so crucial that this roadmap is cautious but also irreversible. We’re setting out on, what I hope and believe, is a one-way road to freedom,’ said Johnson.

With almost 130,000 deaths, the UK has suffered the world’s fifth-highest official death toll from the pandemic and its economy has seen its biggest crash in over 300 years. Even with encouraging data after more than two months of domestic vaccinations released on Monday, the UK government’s cautious approach highlights how slow a process it will likely be for many countries.

England’s vaccine campaign is significantly reducing cases, with a drop of around 70% in infections among healthcare workers who have had a first dose of the Pfizer-BioNTech shot, health officials said on Monday. The UK moved faster than most countries to secure vaccine supplies and has been inoculating people rapidly since December.

As Johnson’s four-stage plan unfolds for England, MPs will have a chance to vote on specific steps. Authorities in Scotland, Wales and Northern Ireland, which are responsible for their own public health, will also ease restrictions over the coming months.

The first stage of relaxing restrictions in England will see schools returning on 8 March – and with only minimal socialising outdoors  allowed. The government is still asking people to work from home, where they can, for some weeks until it has completed a review into social distancing at some point before 21 June.

A small number of people are expected to be able to mix outdoors at the end of March, but non-essential shops and outdoor hospitality will not reopen until 12 April at the earliest. Most social contact rules will be lifted outdoors from no earlier than 17 May, with all legal limits on social contact possibly being removed from 21 June. Click here for full details of the ‘roadmap’ document.