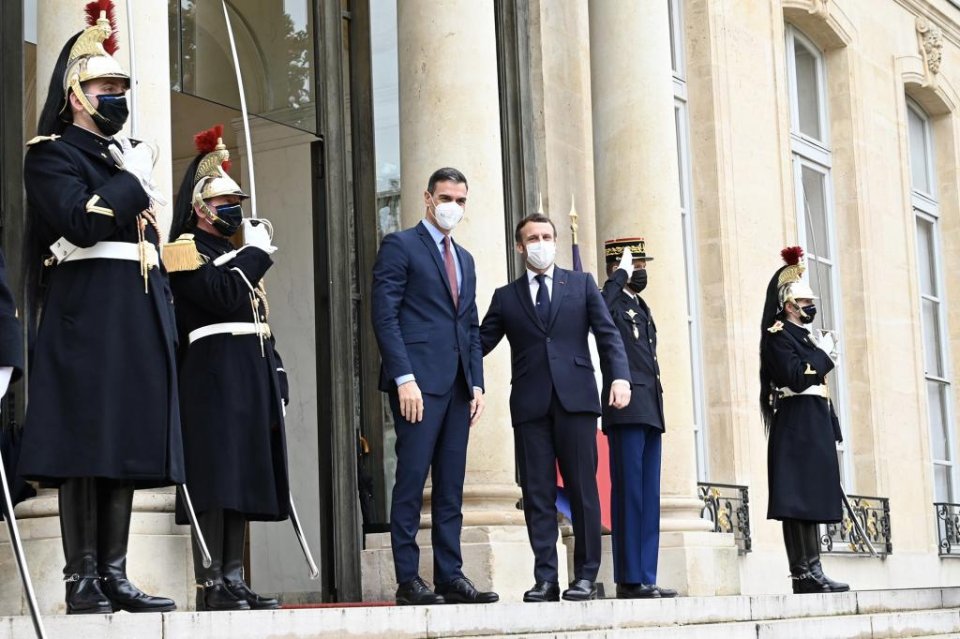 #UPDATE to this report at 17.15h on Thurs 17 Dec – Pedro Sánchez has tested negative for Coronavirus via a PCR test, but will remain in self-isolation until 24 December.

Spanish Prime Minister Pedro Sánchez is in self-isolation and has changed his schedule over the coming days, after he was in contact with the French President Emmanuel Macron, who has tested positive for Coronavirus.

Sánchez and Macron were together at an event in Paris on Monday to observe the 60th anniversary of the signing of the convention of the Organisation for Economic Co-operation and Development (OECD). On Thursday, the French presidential palace, the Elysée, announced in a statement that Macron had tested positive.

‘This diagnosis was made following a PCR test performed at the onset of the first symptoms,’ the statement said, without detailing what symptoms Macron had exhibited. The French president will isolate for the next seven days, as recommended by French health authorities, and has cancelled all foreign trips. Macron ‘will continue to work and carry out his activities remotely,’ the Élysée Palace said.

Pedro Sánchez will self-isolate until 24 December – which will be 10 days since Monday’s meeting. Some of the activities on his agenda have been cancelled, including the opening of an exhibition at the National Library, which was to be held in the company of Felipe VI.

‘Prime Minister Sánchez will immediately undergo a diagnostic test to determine his situation and, depending on the results, decide about his agenda for the coming days,’ said La Moncloa, Spain’s office of the Prime Minister, in a statement.

Sánchez has previously taken other Coronavirus tests during the pandemic, which have all been negative. His wife Begoña Gómez tested positive for the virus earlier this year and made a full recovery.