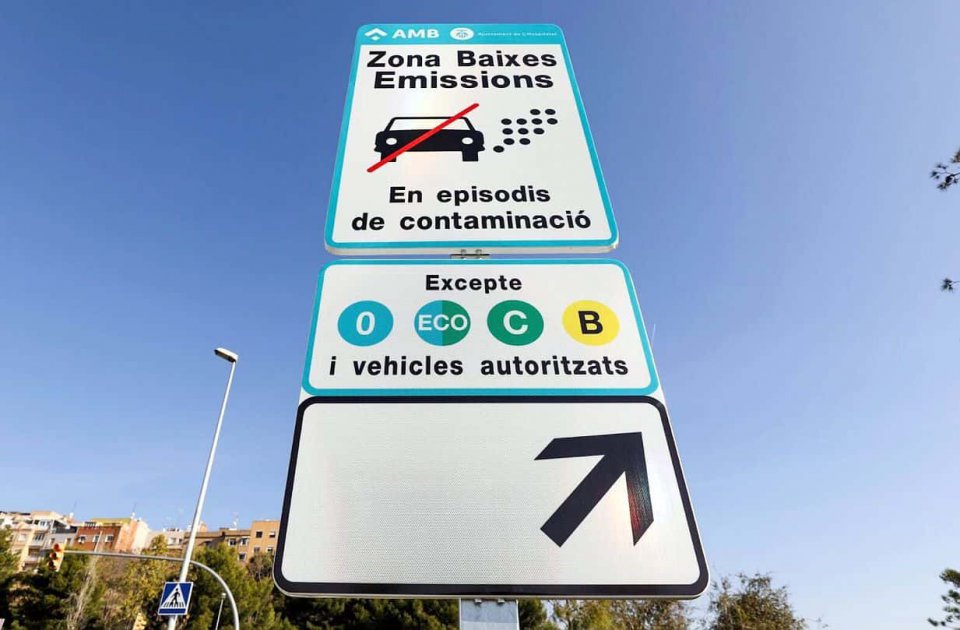 Barcelona inaugurated its first full work day with the largest low-emissions zone in southern Europe on Thursday, after the scheme was officially launched on New Year’s Day.

The city’s new anti-pollution measure covers 95 sq km and includes most of the city and towns in the metropolitan area. Some areas are excluded, including the city’s main ringroads.

The LEZ has been in place since December 2017, but only started to be in operation officially from 1 January 2020, and it will now be followed by a three-month grace period in order to allow drivers to adapt to the new measure.

The restrictions apply from Monday to Friday, from 7am until 8pm and expected to affect up to 85,000 cars and 30,000 motorbikes, as well as see a surge in the use of public transportation.

Restricted vehicles that need to enter the LEZ are allowed up to 10 special permits a year issued by the Àrea Metropolitana de Barcelona transport authority (AMB) at a cost of two euros each.

If there is a medical emergency and you do not have time to apply for a permit, you can do so in the following three days. Any fines issued will be refunded after presenting a medical certificate and confirmation of the permit.

Vehicles with foreign licence plates are subject to the same conditions as local ones, and need a permit from the AMB to enter the LEZ.

Penalty fines range from 100 euros to 1,803 euros, depending on the vehicle and seriousness.

There are a number of exemptions, such as emergency service vehicles and those belonging to people with reduced mobility. Some vehicles used to provide special services, such as cranes, cement mixers or sales vehicles, will also be exempt when they enter the LEZ to perform a specific purpose. Meanwhile, vehicles belonging to low-income families have been given an extra year to adapt before the restrictions apply to them, as have extremely large vehicles, such as certain lorries or buses.

The local Guàrdia Urbana police will be responsible for monitoring the zone, and there will also be 200 cameras installed at the city’s main access points that are capable of reading licence plates and identifying polluting vehicles.

Click here for further details on the low-emissions zone.

Protestors and police clash in Barcelona and other major towns