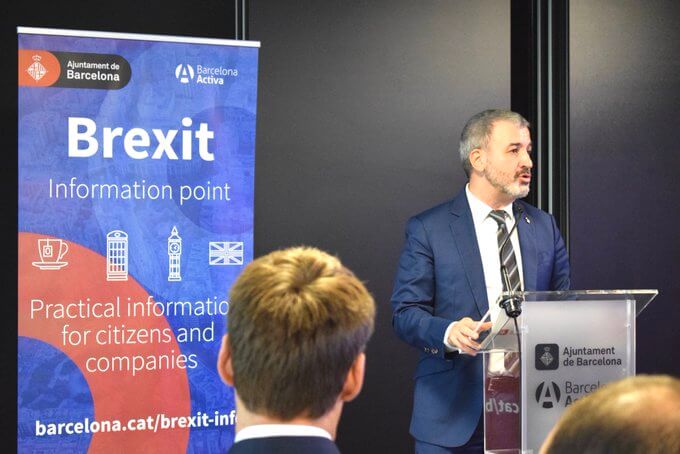 A Brexit Information Point (‘Punt Brexit’) has been set up in Barcelona in the city’s 22@ Poblenou business district, to provide information to the more than 600 British companies based in Catalonia – and, if required, to also more than 20,000 British citizens living in Barcelona who seek further information about the effects of the UK leaving the EU.

It was launched on Wednesday by Jaume Collboni, the deputy mayor of Barcelona, and is based at the city council’s Barcelona Activa offices in Carrer de Roc Boronat, 117. The initiative is in collaboration with the British Consulate General in Barcelona.

At the same time, the council has also included a new Brexit section to their information website, to inform the British community of upcoming information sessions and provide support on social media and via a regular bulletin.

Clara Ponsatí to oppose extradition ‘robustly’, as ‘not a crime to vote for independence’