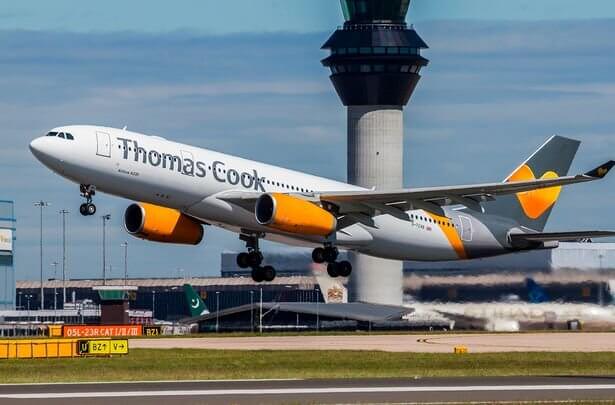 With the British travel group Thomas Cook declaring bankruptcy on Monday after failing to reach a last-ditch rescue deal, it has triggered the UK’s biggest repatriation since World War II to bring back thousands of stranded passengers.

The 178-year-old tour operator, which had struggled against fierce online competition for some time and had blamed Brexit uncertainty for a drop in bookings, had been seeking £200m from private investors to avert collapse.

The news leaves some 600,000 tourists affected according to Thomas Cook, including more than 150,000 holidaymakers seeking help from the British government to return from destinations including Bulgaria, Cuba, Spain, Turkey and the United States.

Thomas Cook said that ‘despite considerable efforts’, it was unable to reach an agreement between the company’s stakeholders and proposed new money providers.

The UK government said it had hired planes to fly home British tourists, in an operation starting immediately.

The UK government has asked the UK Civil Aviation Authority to launch a repatriation programme over the next two weeks, from Monday 23 September to Sunday 6 October, to bring Thomas Cook customers back to the UK.

Richard Moriarty, Chief Executive of the UK Civil Aviation Authority, said: ‘News of Thomas Cook’s collapse is deeply saddening for the company’s employees, customers, hoteliers and other suppliers and we appreciate that more than 150,000 people currently abroad will be anxious about how they will now return to the UK.’

The Civil Aviation Authority has secured a fleet of aircraft from around the world to fly passengers back to the UK.  It is also contacting hotels accommodating Thomas Cook customers as part of a holiday package to let them know that the cost of the accommodation for these customers will  be covered by the ATOL scheme.

The Civil Aviation Authority has launched a special website, thomascook.caa.co.uk, where affected customers can find details and information on repatriation flights, as well as advice on accommodation for both ATOL and non-ATOL customers.

Due to the significant scale of the situation, some disruption is inevitable, but the Civil Aviation Authority have said they will endeavour to get people home as close as possible to their planned dates.

Customers currently overseas should not travel to the airport until their flight back to the UK has been confirmed on the dedicated website.

ATOL Protected passengers with future bookings are entitled to a full refund for their cancelled holiday. Passengers currently overseas may also make claims for the cost of replacing ATOL protected parts of their trip, or for out-of-pocket expenses as a result of delayed flights home. The Civil Aviation Authority will be launching a service to manage all refunds by Monday 30 September, once the flying operation has progressed. This refunds service will seek to process all refunds within 60 days of full information being received.

Anyone affected by this news can check the CAA’s dedicated website, thomascook.caa.co.uk, for advice and information.