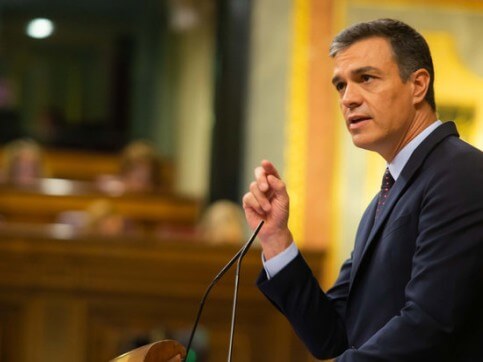 Sánchez’s best bet so far has been to reach an agreement with the left-wing Podemos party, which combined with Catalan pro-independence parties’ abstention would give him another mandate.

However, talks between the two parties have repeatedly broken down, and time is now running out with only 10 days to go until a new election is automatically triggered.

The sticking point between the parties is that Podemos wants to be part of a coalition Spanish government, something the socialists have completely ruled out.

Just this week, Sánchez rejected the latest offer from Pablo Iglesias‘ party to form a coalition government on the socialists’ terms at least until the next budget is passed.

While Sánchez’s appeals to Podemos to help him form a progressive government have so far fallen on deaf ears, the caretaker prime minister knows he will likely win a new election.

A public institute this week published a poll predicting that the PSOE would win a new election with 29.7% of the vote, with Podemos dropping from 14% to 8.9%.

That puts pressure on the left-wing party to accede to Sánchez’s demands, especially with the socialists likely to make, albeit, small gains (up 1.1%) if voters return to the polls.

The head of the Catalan Socialists (PSC), Miquel Iceta, this week urged Iglesias to give the ‘green light’ to a progressive Socialist government or face the anger of voters in Spain.

The pro-independence parties also piled on the pressure, with Junts per Catalunya (JxCat) calling on Sánchez and Iglesias to either reach a deal or ‘stop this lamentable spectacle’.

The other pro-independence party in the Spanish Congress, Esquerra Republicana (ERC) party, suggested locking the two leaders up until they reach agreement ‘like they used to do with popes 500 years ago’.

JxCat and ERC, which together won 5% of the vote in April, are willing to support Sánchez but demand talks on a binding self-determination referendum in Catalonia in return.

Sánchez has repeatedly ruled that out, but a return to the ballot box would not likely help the pro-independence parties, which would both incur losses in a new election, say the polls.

Yet, with the clock ticking, a deal between the Socialists and Podemos is unlikely, and voters could well be called on again on 10 November, for the fourth time in as many years.