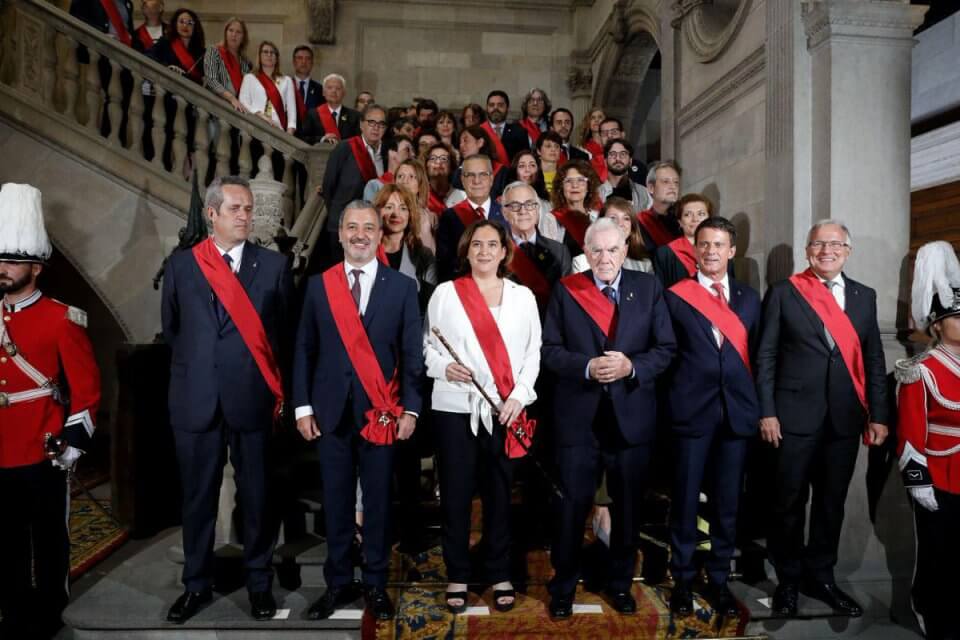 Ada Colau of Barcelona En Comú has been reinstated as Mayor of Barcelona, despite her narrow electoral loss against the Esquerra Republicana (ERC) party’s Ernest Maragall, thanks to support garnered from Jaume Collboni’s Catalan Socialists (PSC) and former French prime minister Manuel Valls‘ party in the city council.

It comes after the announcement on Friday that her party would enter into a preliminary governing agreement with the Socialists (PSC) after consulting ‘BComú’ members, of which over 71% of voters opted for a BComú-Socialist agreement with her as mayor rather than a BComú-ERC one.

Since her party still didn’t have a majority of councillors with the Socialists, Colau had to also depend on the support of Manuel Valls’ party’s votes to renew her post as Barcelona’s mayor.

ERC’s Ernest Maragall – who used to be a socialist himself – and Collboni’s socialists were unwilling to enter into a tripartite agreement together with ‘BComú’, impeding consensus on a new city government. This impasse lead Colau to appeal to her party’s members, who chose the Socialists over Esquerra as their city council partners.

Hundreds of Catalan independence supporters filled the square in front of the city hall as voting took place in a constituent session also attended by Joaquim Forn, Catalonia’s former interior minister who is in jail and on trial over a failed secession bid in October 2017.

Joaquim Forn was allowed to take his seat as city councillor after having been transferred from Madrid’s Soto del Real prison to Brians 2 prison in Catalonia.

On Saturday, as on Friday when he registered as councillor, Forn was escorted into the council by Mossos d’Esquadra police to take his seat.

He is expected to be sent back to the Madrid prison shortly, and then is likely to be suspended as a councillor – as were the jailed politicians who were elected as MP and Senator in Spain’s 28 April elections.