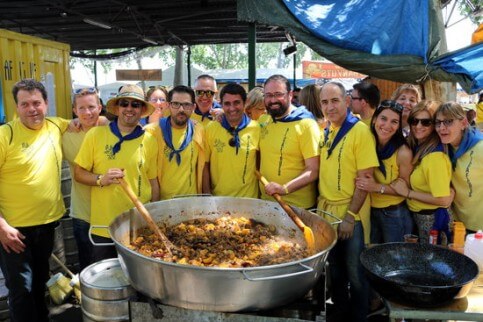 One of the things that most attracts foreign visitors to Catalonia is its unique cuisine, from pa amb tomàquet and botifarra to escalivada and crema catalana.

However, selling Catalonia’s fondness for consuming edible snails is the sort of challenge that might require an exceptional effort.

Which is where the Aplec del Caragol comes in, the annual festival devoted to gourmet snails held every year in Catalonia’s western city of Lleida.

Celebrating its 40th edition from 31 May to 2 June, this year’s Aplec will once again have enough deliciously cooked snails to cure even the most serious molluscophobe.

Held in the Camps Elisis venue in the capital of Segrià county, some 107 groups of snail lovers will take part in the event that will see 12 tonnes of snails consumed in three days.

And, if the chance to enjoy snails prepared by the experts was not enough to entice visitors to the festival, this year has a number of novelties that might tip the balance.

First of all, the 2019 Aplec has a new space called Aplec XS, which is aimed at children and will include games, contests, inflatable castles and even a special children’s show on 2 June.

The snail festival has also embraced technology and the venue will provide free wifi capable of providing connections to over 5,000 users at once.

Yet, the Bivid Mobile Zone offers more than just wifi, as it also boasts a chill-out area, a photocall zone, a Las Vegas style ‘wedding chapel’, karaoke and DJs.

Music has a major role in this year’s event, with a number of different concerts, including the Resbalon Soul Festival, featuring bands Abbey Road and the Willy and the Poor Boys.

Which is not to forget that the festival is above all about snails, and there will be no shortage of opportunities to try the edible mollusks, with tickets for tastings costing eight euros.

The organisers have even provided a variety of special tourist packages that include pre-paid meals as well as accommodation that can be reserved online.

‘Westworld’ filming in Besalú, near Girona