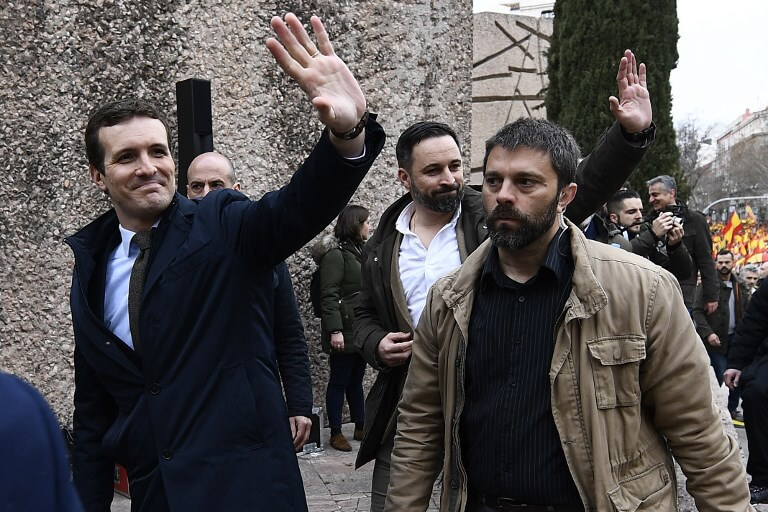 The Spanish government has celebrated the ‘failure’ of Sunday’s rally against its Catalonia policy in Madrid, according to executive sources.

For them, the low number of demonstrators showed that ‘society has turned their back against the rage of the right’.

The demonstration was called by the People’s Party (PP), Ciudadanos( Cs), and far-right Vox to defend the ‘unity of Spain’ and call for a fresh election. PP and Cs said 200,000 people attended the rally.

During a speech in Santander, Spain’s Prime Minister Pedro Sánchez said he ‘respects’ the protest, but demanded ‘loyalty’ to PP and Cs. In this sense, Sánchez recalled that he gave support to Mariano Rajoy’s government that applied direct rule in Catalonia while he was in the opposition.

Sánchez defended that he has respected the Constitution and only wants to resolve ‘a state crisis’ aggravated by PP policies during the last seven years.

Meanwhile, Catalan President Quim Torra asked President Sánchez on Sunday to ‘reconsider’ dialogue after ‘the resounding failure’ of the rally in Madrid. ‘We wait for him at the table to talk,’ he offered.

Fears for tourism sector, as Spain records lowest number of visitors in first 6 months of 2021