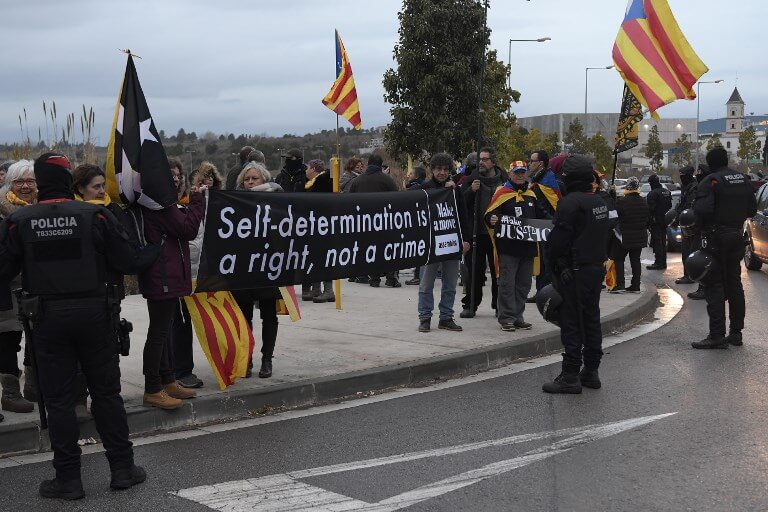 The nine Catalan pro-independence jailed leaders have left the prisons in Catalonia where they had been incarcerated for the last seven months.

They have started the journey towards Madrid prisons in preparation for the trial against them, to be held in the Spanish capital.

The jailed leaders where in three Catalan prisons and around 6am this morning, the Catalan police, the Mossos d’Esquadra, moved them all to one, Brians II, where the Spanish Guardia Civil police are due to take over their guard to transfer them all in one vehicle to two Madrid centers.

In Brians II several members of the Catalan government led by the president, Quim Torra, were waiting for them from the early morning to support them before they leave Catalonia for the trial, whose start date is still unknown.

Dozens of people rallied outside the prisons to support them, and some unsuccessfully tried to cut the roads in order to avoid them being moved.

080 Barcelona Fashion is back