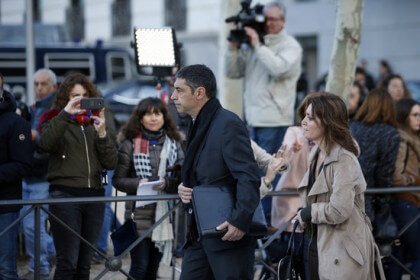 Spain’s High Court in Madrid (the Audiencia Nacional) has set 5 February for a pre-trial hearing in the cases of former officials in charge of the Catalan police, the Mossos d’Esquadra, during the raids of government buildings in Barcelona by Spanish police and the protests that followed, on 20 September 2017.

The hearing was demanded by Puig’s defense, who argue that the former officials should be tried in the High Court of Justice of Catalonia (TSJC).

In December, the Supreme Court sent six out of 18 cases to the TSJC, in a similar appeal about legal jurisdiction.

If the Madrid court decides it is competent to try the former officials, their trial will most likely begin in the summer.

The prosecutor is calling for 11 years in prison for Trapero, Soler and Puig, who are charged with rebellion, and four years for Laplana, who is charged with sedition.