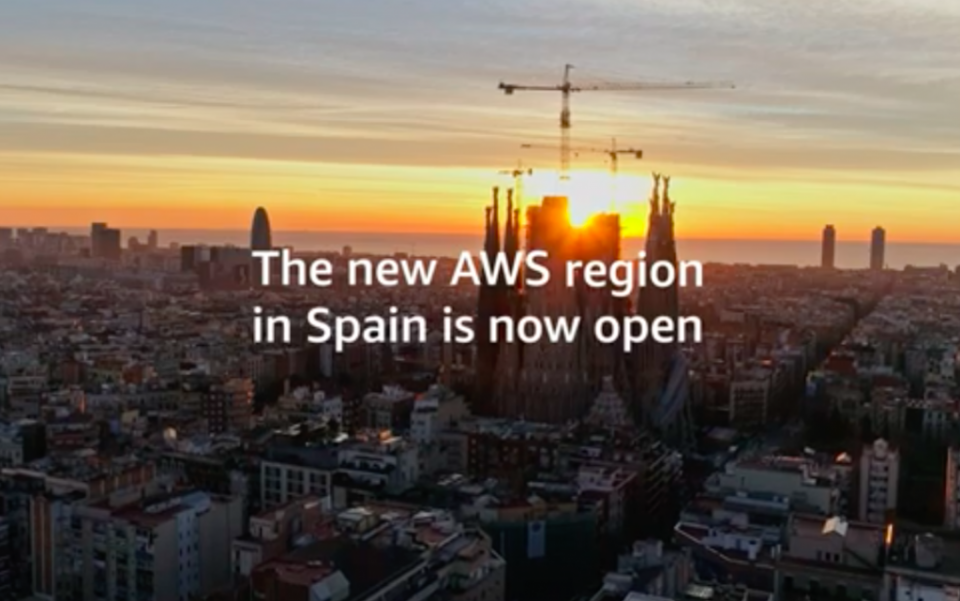 Amazon Web Services (AWS), an Amazon.com company, plans to invest €2.5 billion in Spain over the next 10 years, which will create over 1,300 jobs, the US e-commerce giant announced on Wednesday.

The investment will be used to set up and operate a cloud computing hub in Spain, its eighth in Europe, the company said in a statement.

‘We are delivering on our promise to build new world-class infrastructure locally to help customers in Spain achieve the highest levels of security, availability, and resilience,’ AWS vice president of infrastructure services, Prasad Kalyanaraman, said in the statement.

Cloud computing – storing data, software, and even business functions over the internet – has been taking over tech.

The pandemic has accelerated a shift to relying on the internet for work, education, shopping, socialising and entertainment, fuelling demand for cloud computing.

Amazon said its investment would add €1.8 billion to Spain’s gross domestic product (GDP) over 10 years, in addition to creating over 1,300 jobs.

As part of its commitment to Spain, AWS also announced a €150,000 ‘AWS InCommunities Fund’ for the region of Aragón, where the AWS Europe (Spain) centre is located, to help local groups, schools, and organisations initiate new community projects.

‘The cloud enables organisations of all types and sizes to speed up innovation, improve business processes, and reinvent experiences for their customers and end users,’ said Kalyanaraman. ‘We are also proud to be investing in Aragón to support community projects led by local schools and organisations. Our investment in the AWS Europe (Spain) reflects AWS’s long-term commitment to support the country’s economic development, job creation, and business growth.’

‘We welcome the investment of one of the world’s leading technology companies in Spain,’ said Spanish Prime Minster Pedro Sánchez. ‘The opening of the AWS Europe (Spain) region is a significant milestone that helps position our country as a leading digital economy.’

The statement from AWS also said that the company ‘continues to invest in upskilling developers, students, and the next generation of IT leaders in Spain through programs like AWS re/Start, AWS GetIT, AWS Academy, and AWS Educate. Since 2017, AWS has helped train more than 100,000 individuals in Spain with cloud computing skills’.

The announcement comes as Amazon is preparing to lay off as many as 10,000 employees around the world, according to a report published Monday in The New York Times.

If confirmed it would be the largest round of firings in the history of the 28-year-old company which had 1.54 million employees worldwide at the end of September.

The New York Times report said the affected positions will be located in Amazon’s devices department, the retail division and human resources.

The #AWS Region in Spain is now open ☁️🌆🇪🇸

Transform the way you do business with the security, availability, & performance of the AWS Cloud. Start building today. 👉 https://t.co/4KLUjjCgLE pic.twitter.com/KQ4pGREdoZ

Satisfaction of tourists to Garraf area ‘very high’, according to study