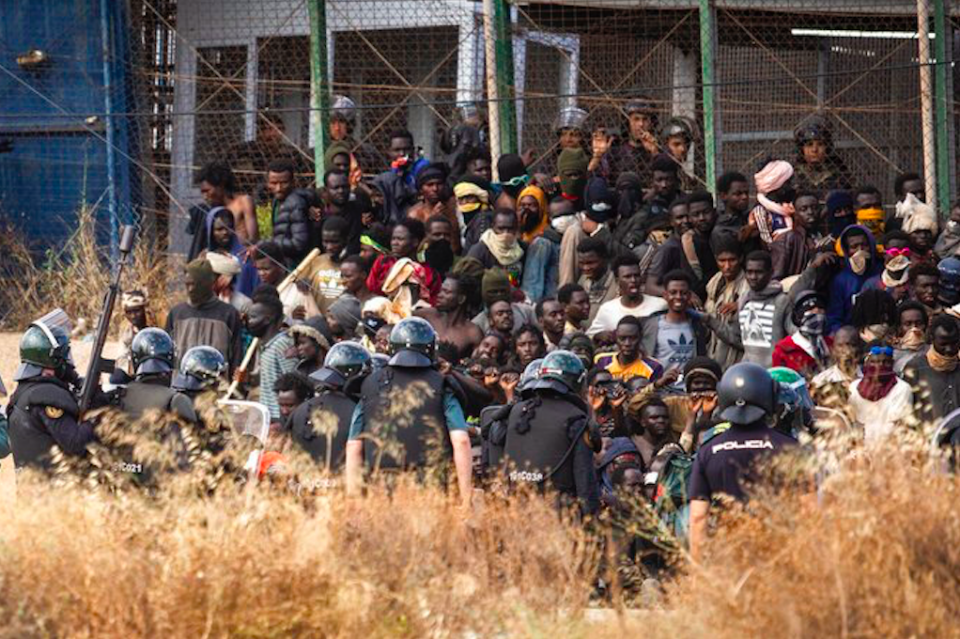 A court in Morocco has sentenced 13 migrants, mostly from Sudan, to 30 months in prison over a mass attempt to scale the border fence separating Morocco from the Spanish enclave of Melilla back in June.

The decision Wednesday in the northern Moroccan city of Nador was the latest and toughest ruling handed down after dozens of people were arrested for the 24 June crossing attempt. At least 23 died that day in what Moroccan authorities called a stampede, as hundreds of people stormed the fence in a desperate bid to reach Europe. Unconfirmed reports from human rights groups have put the figure for the number of dead at 37.

The Moroccan Association for Human Rights described Wednesday’s ruling as a ‘very harsh verdict which shows how the judiciary was mobilised in the service of migration policies at the expense of asylum-seeking migrants’.

The 13 were convicted of various charges including illegal entry into Moroccan territory, violence against public officials, armed gathering, disobedience and joining a gang to organise and facilitate clandestine immigration abroad and arson. The court also ordered each of the defendants to pay 1,000 dirham (approximately €100).

Most of the 13 were from Sudan, and others were from Chad and South Sudan, according to activists who followed the case.