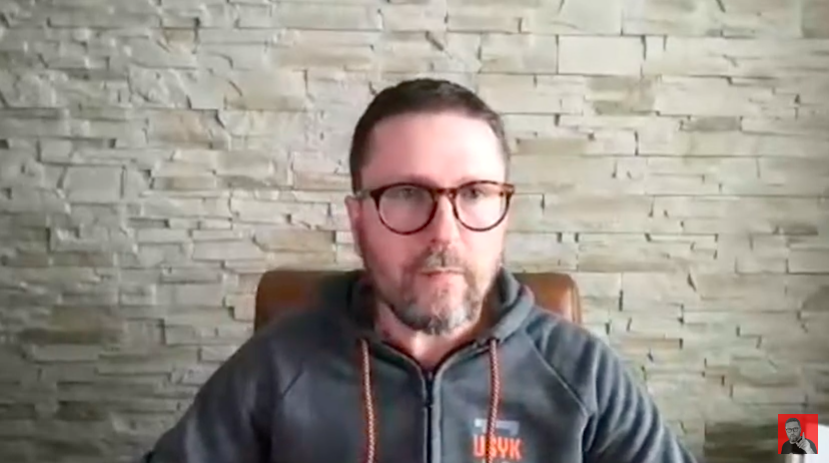 A court in Spain ordered the provisional release of Anatoly Shariy on Thursday, a Ukrainian politician and blogger who was arrested a day before after being accused of treason in his home country.

Shariy was arrested on Wednesday near the city of Tarragona (Catalonia) under an international arrest warrant issued by Ukraine, according to Spain’s National Court. Documents from the court said Shariy is accused of ‘high treason and incitement of hatred’.

Citing the ‘circumstances of the case’ and Shariy’s connections to Spain, the judge declined to keep him in custody. Instead Shariy was ordered to surrender his passport, report regularly to authorities and remain in Spain, where he has reportedly lived since 2019.

The court said the measures would remain in place for 40 days in order to allow Ukraine to formally request Shariy’s extradition.

A vocal critic of Ukrainian President Volodymyr Zelensky and his pro-Western government, Shariy began his career as an investigative journalist whose reports saw him threatened. In July 2011 unknown assailants opened fire in Kyiv on a car he was sitting in.

He fled to Lithuania in 2012 where he was granted political asylum on the grounds that he was being persecuted for his journalistic work. Lithuania revoked his asylum last year.

Shariy has taken an especially pro-Russian stance since a 2014 uprising in Ukraine which paved the way for a pro-Western government to take power in Kyiv. In 2019 he registered a political party called ‘The Party of Shariy’ which won a few dozen seats in regional assemblies the following year.

Ukraine’s national security council banned the party along with several others considered pro-Russian, in March in the wake of Russia’s invasion of Ukraine.

His arrest in Spain was announced by Ukraine’s security services on Thursday, who said there was reason to believe Shariy ‘was acting on behalf of foreign entities’.

Ukrainian media reported that a member of Shariy’s political party said in February, prior to the start of Russia’s invasion of Ukraine, that Shariy was seeking asylum in the European Union.