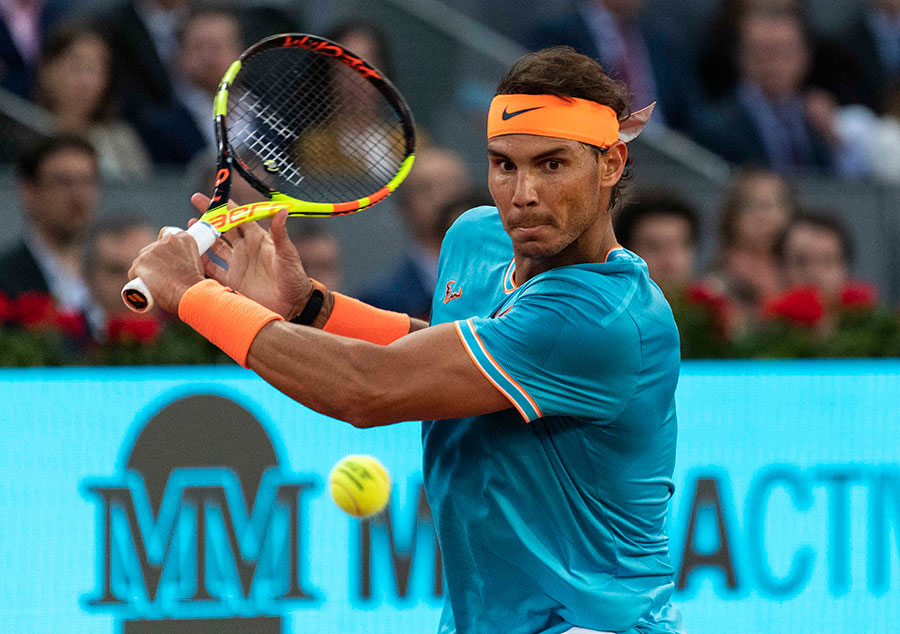 Rafael Nadal and Novak Djokovic have criticised Wimbledon’s decision to exclude players from Russia and Belarus from taking part in this year’s tournament following the Russian invasion of Ukraine.

The two players said on Sunday that Wimbledon had acted unfairly.

‘I think it’s very unfair [on] my Russian tennis mates, my colleagues … it’s not their fault what’s happening in this moment with the war,’ Nadal, a 21-time Grand Slam winner, said in Spain where both he and Djokovic are preparing to play in the Madrid Open.

‘I’m sorry for them,’ Nadal said. ‘Wimbledon just took their decision … the government didn’t force them to do it.’

Nadal added: ‘Let’s see what happens in the next weeks, if the players will take some kind of decision in that regard.’

The ATP and WTA tennis tours have both publicly criticised the All England Club’s decision which was announced on 20 April. Wimbledon is due to start on 27 June.

The prominent players affected by the ban include reigning US Open champion Daniil Medvedev, Andrey Rublev, and French Open runner-up Anastasia Pavlyuchenkova, who are all from Russia. Victoria Azarenka of Belarus, which has aided Russian forces, would also be unable to play.

Djokovic compared the situation of the excluded players to what he went through in January when he was unable to play the Australian Open. He was deported from Australia for not being vaccinated against Covid-19.

‘It’s not the same thing, but going through something similar earlier this year for myself, it’s frustrating knowing that you’re not able to play,’ Djokovic said. ‘I still stand by my position that I don’t support the [Wimbledon] decision. I think it’s just not fair, it’s not right, but it is what it is.’

The All England Club had justified its action in a statement first posted on Twitter.

‘In the circumstances of such unjustified and unprecedented military aggression, it would be unacceptable for the Russian regime to derive any benefits from the involvement of Russian or Belarusian players with The Championships,’ the statement said. ‘It is therefore our intention, with deep regret, to decline entries from Russian and Belarusian players to The Championships 2022.’

Ian Hewitt, Chairman of the All England Club, said: ‘We recognise that this is hard on the individuals affected, and it is with sadness that they will suffer for the actions of the leaders of the Russian regime.’

‘We have very carefully considered the alternative measures that might be taken within the UK Government guidance but, given the high profile environment of The Championships, the importance of not allowing sport to be used to promote the Russian regime and our broader concerns for public and player (including family) safety, we do not believe it is viable to proceed on any other basis at The Championships,’ he added.

The statement also concluded by saying ‘if circumstances change materially between now and June, we will consider and respond accordingly’.

Statement regarding Russian and Belarusian individuals at The Championships 2022.