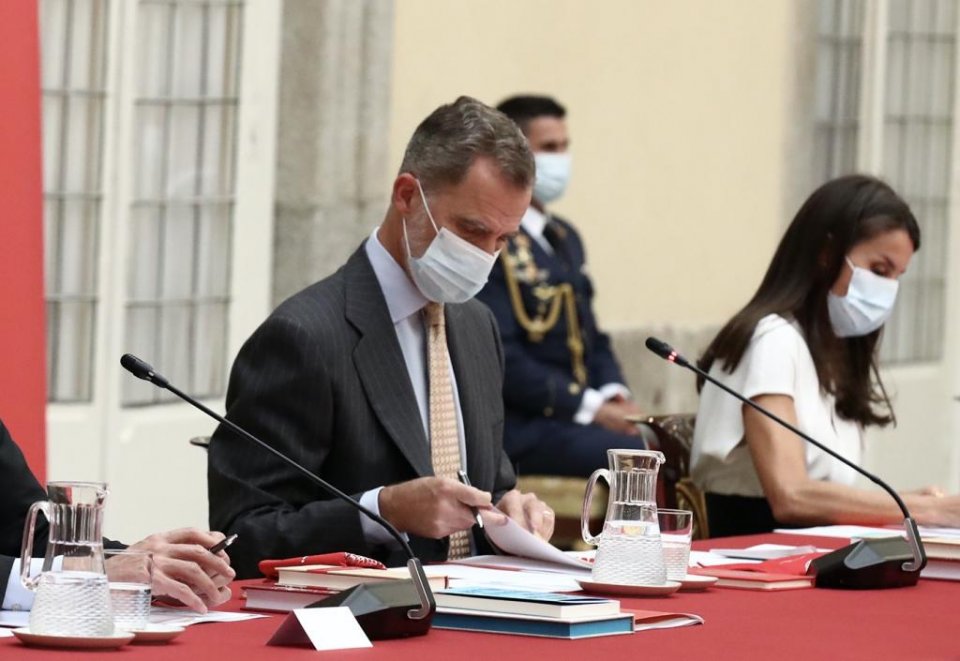 The statement drew reference to Felipe VI’s vows when he became king on 19 June 2014, stating that ‘today, more than ever, citizens rightly demand that moral and ethical principles inspire … our public life. And the King, at the head of the State, has to be not only a reference but also a servant of that fair and legitimate demand of all citizens.’

The announcement also coincides with the Spanish government saying it plans to pass a decree to ‘strengthen the transparency, accountability, efficiency’ of the scandal-hit royal household ‘in line with the principles that have presided’ during Felipe’s reign.

Felipe ascended the throne in 2014 with the aim of restoring the monarchy’s prestige after his father Juan Carlos I abdicated against a backdrop of scandals over his finances and love life.

The new king soon ordered an audit of the royal household’s accounts and issued a ‘code of conduct’ for its members.

Then in 2020 Felipe renounced any future personal inheritance he might receive from his father, and stripped him of his annual allowance after fresh details of his allegedly shady dealings emerged.

The bulk of the king’s personal wealth – specifically €2,267,942 – are deposits in banks or savings accounts, with the rest (€305,450) made up of art, antiques and jewellery, the royal palace statement said.

The heritage comes from the remuneration he received over the last 25 years, first as Prince of Asturias and since 2014 as king, it added.

Since he ascended the throne, Felipe ‘launched the path of modernisation of the Crown to make it worthy of the respect and trust of its citizens’, the statement said. ‘His Majesty the King, guided by this spirit of service and civic commitment added today to his constitutional responsibilities his personal decision to make public his assets,’ it added.

A key figure in Spain’s transition to democracy following the death of dictator Francisco Franco in 1975, Juan Carlos I was the target of three separate probes over his financial dealings.

One of them involved possible illegal commissions linked to a high-speed rail project in Saudi Arabia that was awarded to a Spanish consortium in 2011.

The 84-year-old former monarch left Spain for the United Arab Emirates and went into self-imposed exile in August 2020, following the scandals and allegations of financial impropriety.

Spanish prosecutors shelved all the investigations in March but Juan Carlos announced shortly after that he would continue to live in the United Arab Emirates, and visit Spain frequently.

Vehicles burned in a residential car park fire in Sitges