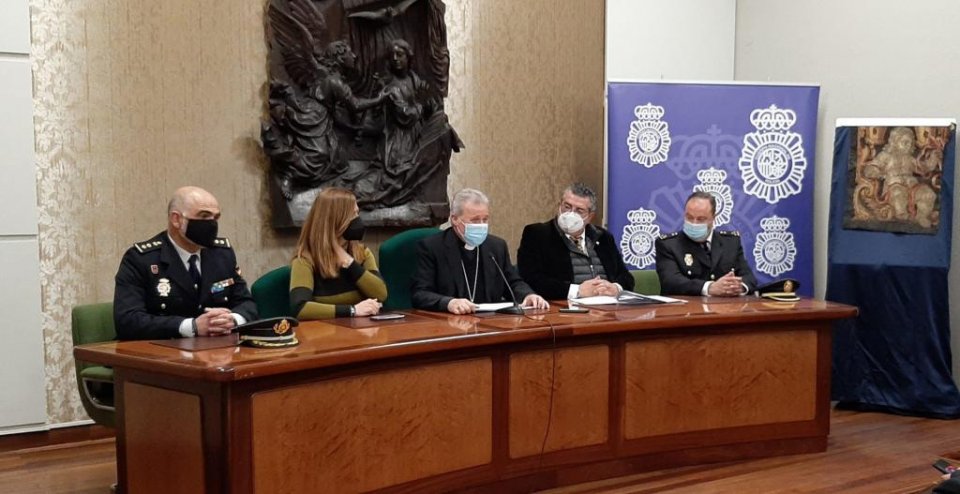 Agents of Spain’s National Police specialising in historical heritage have recovered the last part of a 17th-century Flemish tapestry that was stolen 42 years ago by an art thief known in Spain as Erik el Belga – ‘Erik the Belgian’.

The tapestry, 4 by 6.5 metres in size and called La apoteosis de las artes (‘The Apotheosis of the Arts’), was one of six Flemish tapestries taken from the Church of Santo Domingo in the town of Castrojeriz near Burgos, in the region of Castilla y León, on 7 November 1980.

The tapestries – made in Bruges in 1654 by Corneille Schutz, a follower of Rubens – were stolen by René Alphonse van den Berghe, better known as ‘Erik the Belgian’, the Spanish police said in a statement.

Although all six tapestries were recovered after an Interpol investigation in Spain, France and Belgium, a lower section of ‘The Apotheosis of the Arts’ depicting a cherub had been feared lost for more than 40 years.

The police said that Van den Berghe (‘Erik the Belgian’) was a ‘well-known international thief who stole works of sacred art throughout Europe and was arrested in Barcelona in 1982’. He was released from prison three years later after using his lawyer to help the authorities track down and recover many of the works he had stolen. He died in Málaga in 2020 at the age of 80.

The statement said that Erik the Belgian ‘was an art dealer, restorer, painter, writer and international thief who committed numerous robberies in churches and chapels. He also led an organised group dedicated to plundering works of sacred art, sometimes commissioned by collectors and art consumers with significant purchasing power who were interested in a specific artistic work, and others on his own initiative depending on its easy sale on the international black market’.

The missing fragment of the cherub was found after a police officer engaged in an academic study of art thefts, got in touch with Van den Berghe’s lawyer and managed to establish its whereabouts. The piece was returned to the archdiocese of Burgos last Friday.