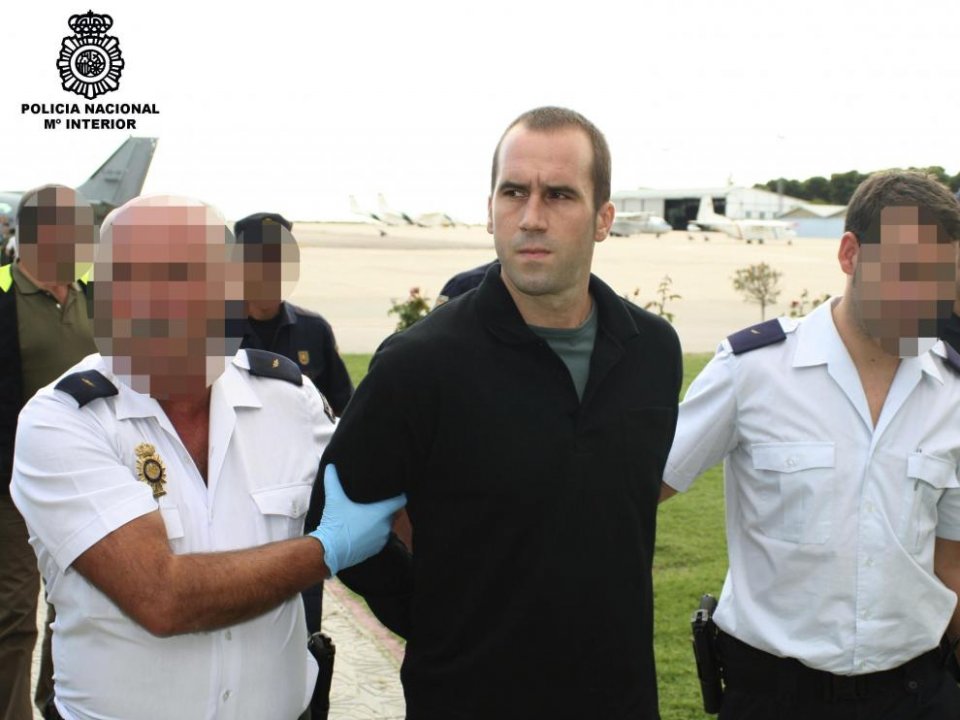 The French justice ruled on Wednesday that a suspected former leader of the ETA Basque separatist group known as ‘Txeroki’ can be temporarily transferred to Spain to stand trial.

The Paris Appeals Court accepted a Spanish request for him to be tried there in September for suspected involvement in a January 2002 car bombing in Bilbao, which caused property damage.

‘Txeroki’ – the alias of Mikel Garikoitz Aspiazu Rubina, born in 1973 – will be handed over before the end of August, and for a maximum of two months, to the Spanish courts. 

Spain had requested that the term be six months, while the lawyer of the former ETA leader had asked that it be limited to one. ‘Txeroki’, who is currently serving 30 years in prison in the south of France, has already been temporarily sent on other occasions to Spain since his arrest in France in 2008, to face several of the multiple trials that are pending.

Also before the French appeals court judges were 11 European arrest warrants for ‘Txeroki’. The warrants stem from anti-terror inquiries into events between 2002 and 2008.

‘Txeroki’ is suspected of ‘belonging to a terrorist organisation’, as well as planning or ordering attacks, murders or attempts at both. While the Paris court requested more information on eight of the warrants, it accepted three of the requests.

One relates to an ‘attempted terrorist murder’ with an explosive package in Bilbao, also in 2002, which targeted the local director of Spain’s RNE national radio.

‘Txeroki’ is suspected of planning a December 2006 truck bomb attack on a Madrid airport that killed two Ecuadorian migrants and wounded several other people, also derailing a peace process that had been set up at the time.

He was arrested near France’s border with Spain in November 2008, when he was the most wanted ETA leader.

After several convictions in French courts, ‘Txeroki’ currently stands to remain in prison until at least 2032, according to Agence France Presse.

ETA is estimated to have killed 853 people in its decades-long campaign for Basque independence, which began in 1959 under the Franco dictatorship. The group announced a permanent ceasefire in 2011 and formally disbanded in 2018.

France to relax Covid travel rules from the UK