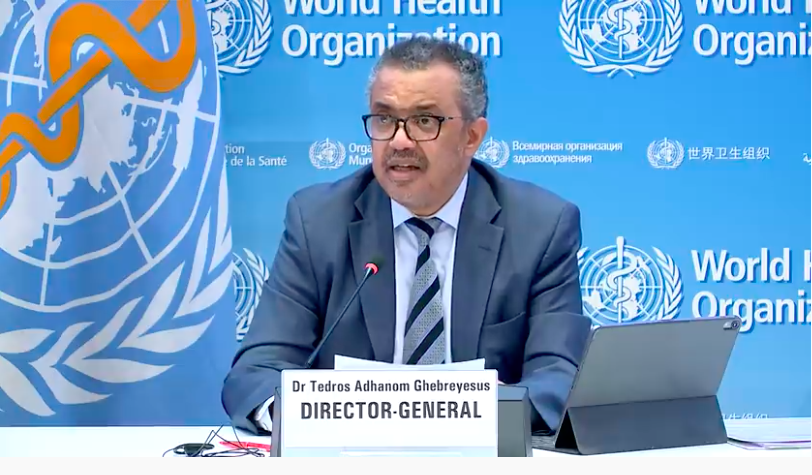 The World Health Organization (WHO) has recommended people should cancel some of their Christmas and New Year holiday plans to protect public health as the Omicron variant spreads globally, warning that ‘an event cancelled is better than a life cancelled’.

The Omicron variant of Coronavirus is spreading faster than the Delta variant and it is causing infections in people already vaccinated or who have recovered from the Covid-19 disease, the WHO warned.

‘With the numbers going up, all health systems are going to be under strain,’ WHO chief scientist Soumya Swaminathan told Geneva-based journalists on Monday, stressing that it would be ‘unwise’ to conclude from early evidence that Omicron was a milder variant that previous ones.

The variant is successfully evading some immune responses, she said, meaning that the booster programmes being rolled out in many countries ought to be targeted towards people with weaker immune systems.

‘There is now consistent evidence that Omicron is spreading significantly faster than the Delta variant,’ WHO Director General Tedros Adhanom Ghebreyesus told the briefing. ‘And it is more likely people vaccinated or recovered from Covid-19 could be infected or re-infected,’ he added.

The comments echo the finding of a study by Imperial College London, which said last week the risk of re-infection was more than five times higher and it has shown no sign of being milder than Delta. However, WHO officials also said that other forms of immunity vaccinations may prevent infection and disease.

While the antibody defences from some actions have been undermined, there has been hope that T-cells, the second pillar of an immune response, can prevent severe disease by attacking infected human cells.

WHO expert Abdi Mahamud added: ‘Although we are seeing a reduction in the neutralisation antibodies, almost all preliminary analysis shows T-cell mediated immunity remains intact, that is what we really require.’

However, highlighting how little is known about how to handle the new variant that was only detected last month, Swaminathan also said: ‘Of course there is a challenge, many of the monoclonals will not work with Omicron.’ She gave no details as she referred to the treatments that mimic natural antibodies in fighting off infections. Some drug makers have suggested the same.

In the short term, Tedros said that holiday festivities would in many places lead to ‘increased cases, overwhelmed health systems and more deaths’ and urged people to postpone gatherings. ‘An event cancelled is better than a life cancelled,’ he said.

But the WHO team also offered some hope to a weary world facing the new wave that 2022 would be the year that the pandemic, which already killed more than 5.6 million people worldwide, would end.

It pointed towards the development of second and third generation vaccines, and the further development of antimicrobial treatments and other innovations.

‘(We) hope to consign this disease to a relatively mild disease that is easily prevented, that is easily treated,’ Mike Ryan, the WHO’s top emergency expert, told the briefing. ‘If we can keep virus transmission to minimum, then we can bring the pandemic to an end.’

However Tedros also said China, where the SARS-CoV-2 Coronavirus was first detected at the end of 2019, must be forthcoming with data and information related to its origin to help the response going forward.

‘We need to continue until we know the origins, we need to push harder because we should learn from what happened this time in order to (do) better in the future,’ Tedros said.