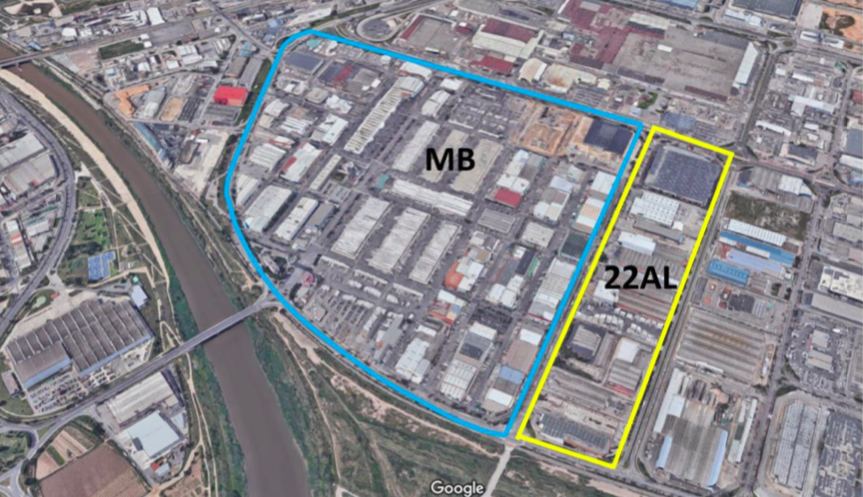 Barcelona’s Mercabarna, the biggest wholesale food market complex in Europe, has announced plans to expand and create up to 3,000 new jobs.

The market has purchased an additional 173,194 square metres of land in the Zona Franca industrial area for 70 million euros from the Barcelona Free Trade Zone Consortium. This additional space, adjacent to the current site, will increase its existing size by 22%.

The announcement by the market authority on Monday highlighted that the expansion would allow it to adapt to changing conditions in the agri-food sector, allowing it to attract sustainable food and transport companies, including start-ups and incubators in this sector.

Speaking about the ambitious plans, Ada Colau, mayor of Barcelona and president of the Free Zone Consortium, said that the expansion is ‘a very important fact to maintain Barcelona’s leadership as a leading city at an international level in the ecological and sustainable transition’.

Currently, there are around 600 companies employing 7,500 workers on the existing site, with 23,000 people and 14,000 vehicles accessing the complex daily.

As well as attracting new companies to the market complex, the additional space will be used by companies on the existing site who are seeking to modernise their facilities.

Combining all aspects of the supply chain, the enlarged market facilities will support logistics providers, technology firms, as well as companies working with new distribution channels.

It will establish the site as world leaders in the agri-food sector in terms of its cutting-edge approach to supporting food related businesses.

Explaining details about the plans, a spokesperson for Mercabarna said that it wanted to promote companies that add value to fresh produce, including the ready-to-eat and ready-to-cook food for the retail sector.

It was also focussing on supporting incubators involved with sustainable food projects, nutrition and healthy eating.

Mercabarna operates 24 hours a day and contributes to the local economy through supporting jobs and supplying many businesses operating in the city and region.

The new space will boost existing operations and further enhance the reputation of the market, that is increasingly being noticed on a world stage.

Deputy Mayor, Jaume Collboni, said that the extension would ‘maintain Mercabarna’s leadership in Europe and reinforce the successful model of the Barcelona food trade’.

Monserrat Ballarín, president of Mercabarna, said that the project allow the market ‘to continue in its role as the guarantor of the supply of fresh food to local citizens … and a great economic engine for Barcelona and Catalonia’.