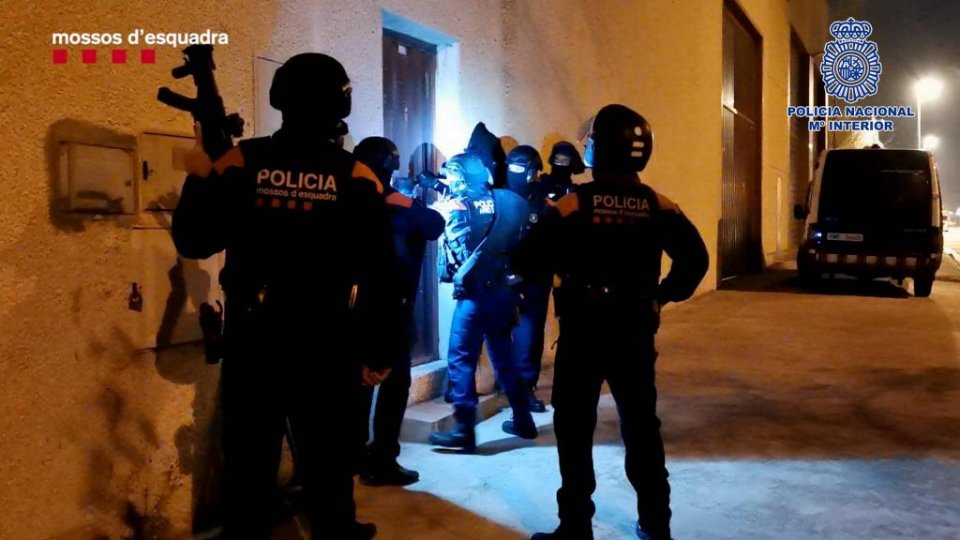 At least 65 people, most of them Chinese nationals, have been arrested as police dismantled one of the largest criminal gangs growing cannabis in Spain and trafficking it across Europe, in a joint operation between the Catalan police (the Mossos d’Esquadra) and the Spanish National Police.

The arrests were made in several Spanish cities, as well as in Portugal and the Netherlands.

Police identified the gang as the ‘Bang of Fujian’ in reference to the eastern Chinese province where the two main families that formed it originated. The investigators attribute the gang members to a mafia group, with various degrees of participation in criminal activity, from drug trafficking, money laundering, identity theft, digital fraud and forgery. The group operated mainly from its base in Barcelona.

Over 350 law enforcement agents, assisted by Europol, searched 29 large warehouses and other locations during the operation in Barcelona, Tarragona, Oviedo, Gijón and Bilbao, as well as at private residences in Portugal and the Netherlands.

The sites were illegally connected to the power grid to provide artificial light to the plants. Combined, the 13 warehouses used the equivalent of the average consumption of 1,177 homes, police said.

The investigation dates back to 2019 when the first parcels containing packaged marijuana were detected. Investigators found that the gang recruited ‘shareholders’ with an angel investment of 100,000 euros, allowing the group to quickly expand its chain of warehouses.

The gang had a ‘well-defined criminal structure’ and a ‘high-degree of specialisation’ for operating internationally, said Inspector Toni Salleras of the Mossos d’Esquadra.

Salleras said that the group is also being investigated for kidnappings and other crimes committed in the process of competing with other homegrown and foreign criminal groups for control of the production and sale of marijuana.

The group is accused of making over 700 shipments of parcels to France, Portugal, Netherlands, Germany, Romania and Britain.

Over 10,000 vaccinations have been given in Sitges and Sant Pere de Ribes

Coronavirus in Spain (21 Apr) – incidence rate drops, but only by 1 point