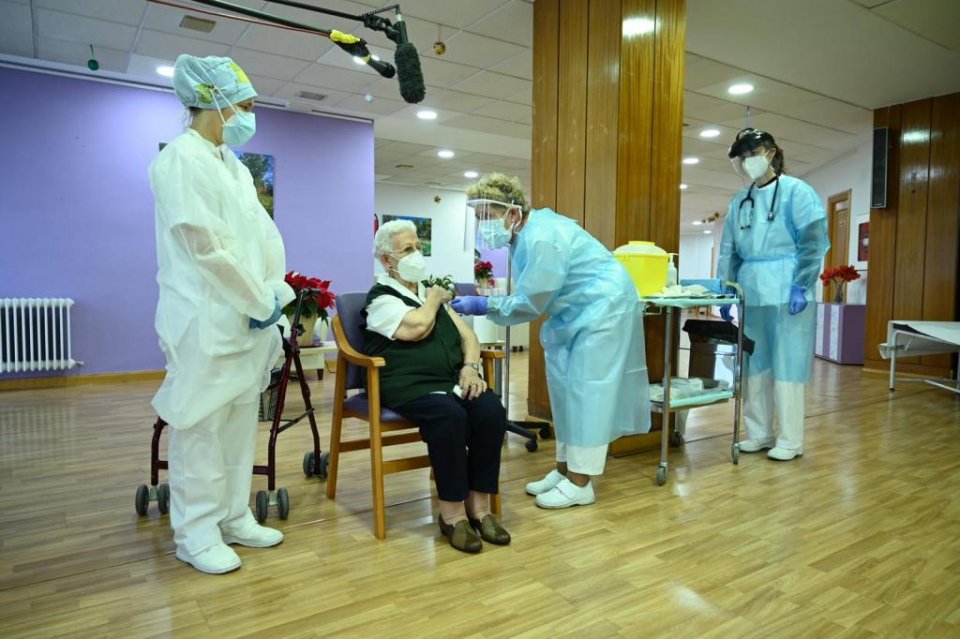 Spain has started to administer the second dose of the Covid-19 vaccine from Pfizer-BioNTech to residents and staff at residential care homes who received the first jab on 27 December, at the start of the country’s vaccination programme.

From Sunday, the second dose was already being administered in eight Spanish regions: the Balearic Islands, the Canary Islands, Castilla y León, Catalonia, the Valencia region, Galicia, Madrid and the Basque Country.

Araceli Rosario Hidalgo, a 96-year-old lady living in the ‘Los Olmos’ care home in the city of Guadalajara in the region of Castilla-La Mancha – the first person in Spain to have received the vaccine on 27 December – received her second jab during Monday. Shortly afterwards, Mónica Tapias, a healthcare worker at the care home, also received her second jab. Subsequently, it was administered to the rest of the residents and workers of the centre.

Spain is actually scheduled to receive 350,000 doses of the Pfizer vaccine a week, but the pharmaceutical group has had to temporarily adjust the quantities being sent due to a restructuring plan to increase its annual quantity of production.

Spain’s Health Minister Salvador Illa has said that the weekly deliveries should return to normal on 25 January. The reduction in delivery has meant that the health ministry has had to also change its distribution criteria to the regions. Up to now, doses have been delivered equally to Spain’s 17 regions based on the distribution of the first priority group: residents and staff of care homes, other healthcare workers and people with serious disabilities. Now they also have to take into account how many doses each regional authority has actually administered in the first week , in order to ensure they receive the second dose on time.

A further 599,500 doses of the Moderna vaccine will also be distributed among the regions in a period of five weeks, until the third week of February.

The Spanish health ministry has released a list to summarise how it has divided the population into 15 groups for vaccination. For the latest data on the number of vaccines received and administered per region in Spain, click here: Covid-19 Vaccinations in Spain