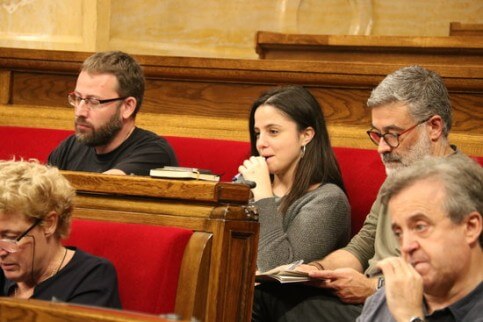 Catalonia will now have at least three pro-independence parties running in the upcoming Spanish general election on 10 November, after the far-left CUP party surprisingly announced on Saturday that it would seek representation in Madrid for the first time. CUP is the acronym for the Popular Unity Candidacy (Candidatura d’Unitat Popular in Catalan).

‘We’re living moments of political exceptionality, and CUP has decided to take a step forward in favour of amnesty, self-determination, and the recognition of all rights,’ said Mireia Vehí, a spokesperson for the party.

For years, CUP refused to run in general elections claiming that it did not recognise the legitimacy of Spanish institutions.

CUP is an assembly-based party with a hardline approach to independence. After years of political representation at the local level, they entered the Catalan parliament in 2012 and became mainstream.