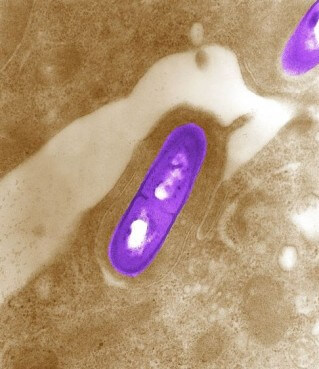 The Spanish government has issued an international warning for a listeriosis outbreak that started in the Southern region of Andalusia.

The government has declared the total number of cases to be 145. The outbreak of the illness, which can be fatal, started in Andalusia around two weeks ago, yet cases have now also been identified in Catalonia, Tenerife, Extremadura, Madrid, and Castilla La Mancha.

When the alert was issued, there had been one death from the illness – a 90-year-old woman in a hospital in Sevilla. Since then however, a second has been confirmed, when a 62-year-old man died in Cantabria on Wednesday night.

The outbreak has been attributed to meatloaf from Sevillan company Magrudis. All Magrudis products have since been removed from the market by the Board of Andalusia.

However, Spain’s Ministry of Health has alerted European authorities and the World Health Organisation of the possibility of it spreading abroad, due to the risk for tourists travelling in and out of Andalusia.

Spokesperson for the cabinet monitoring the outbreak in Sevilla José Miguel Cisneros remains positive. While the average number of identified cases per day is around 40, yesterday there were only 18. ‘The next few days will be key in determining whether it is stablising,’ he said.

He also stresses that, with the death toll still low despite over 100 confirmed cases, there is reason to be optimistic.

Listeriosis is a serious illness caused by listeria bacteria that infects people who eat contaminated food. When the bacteria comes into contact with vegetables, it can pass into animals that eat them. The milk or meat produce from the infected animal can then pass onto us.

No. It is a very rare illness since it only spreads through ingestion. It only affects three out of every one million citizens, and this outbreak is unusually large.

How do I know if I have it?

Symptoms can take between days and weeks to develop. They are similar to symptoms of the flu – fever, headaches, muscle aches and pains, and digestive issues. Symptoms may come and go – in less severe cases they may almost go unnoticed, but the most serious cases can lead to neurological issues.

People with chronic illness, particularly weak immune system and older than 65 are most susceptible to serious infection. Furthermore, infection in pregnant women may pose a mortal risk for the fetus, and may lead to miscarriage, stillbirth, premature birth and serious symptoms upon birth.

How can I prevent it?

The best way to prevent infection is to deal with meat safely. The bacteria grow well in cool conditions and not in heat. Make sure your meat is cooked above 70ºC, and kept below 4ºC in the fridge. Also consume meat ideally straight away, and if not at most two hours after it is out of the fridge or freezer.