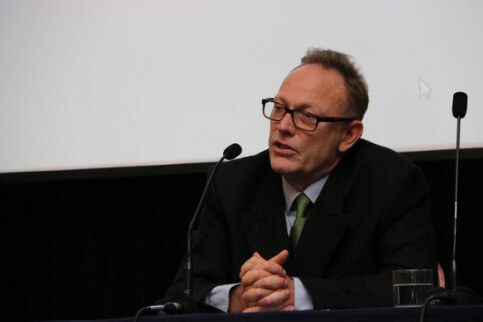 Ben Emmerson, the prominent international Human Rights lawyer representing jailed Catalan leaders Oriol Junqueras, Jordi Sànchez and Jordi Cuixart, has made a formal request to refer the Spanish government to the UN’s Human Rights Council for a motion of censure.

In a letter to the UN, Emmerson has called for them to carry out an ‘exhaustive and independent’ investigation into the Spanish government for discrediting the UN Working Group on Arbitrary Detention (WGAD)’s opinion asking for the immediate release of Junqueras, Sànchez and Cuixart.

According to Emmerson, this was not an ‘honest mistake’, but ‘deliberate and dishonest manipulation to discredit the UN itself’.

He has asked the UN to disregard the Spanish government’s complaints and to open an inquiry into their reactions that would lead to a report and a possible censure motion since ‘they are clearly violating the UN Charter’s founding principles’.

Emmerson’s clients Junqueras, Sànchez and Cuixart are currently in preventive detention for their role surrounding the 2017 Catalan independence bid. On Friday the Supreme Court decided against releasing all jailed pro-independence leaders before their trial’s verdict is out, which is not expected until autumn, but they have been allowed to be transferred back to Catalan prisons from the Madrid centres they are at.

Last night, I made a formal request to the WGAD to refer the Spanish Government to the Human Rights Council for a motion of censure. Spain has lodged a fake complaint in order to obstruct and discredit a key institution of the UN system of human rights protection.

The Spanish government’s response followed swiftly, casting doubt on the ‘impartiality’ and ‘independence’ of the report.

Spain gears up for Midsummer, ‘San Juan’ and the ‘Nit del Foc’

It would be wise for people in Spain and Spanish institutions to open their minds and think more universally about things like human rights. Real human progress or evolution has to do with admitting mistakes and not going back to underdeveloped mentalities. The Spanish judiciary would earn some respect if it allowed itself to be influenced by such timely feedback from the UN. But if it chooses to miss the opportunity, it will have to accept that it’s not really at the level of any modern state.