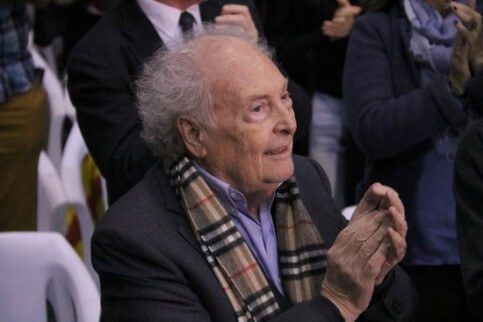 The popular scientist Eduard Punset has died at the age of 82, following a lengthy illness.

The Barcelona-born politician and economist, who remained best known for presenting the science show Redes on Spanish TV, passed away on Tuesday, his family announced.

In a statement on his Twitter account, accompanied by archived footage, they paid homage to ‘a man who, throughout his life, devoted his formidable talent and energy to sharing and spreading knowledge and ideas, all thanks to his insatiable curiosity and eternal optimism’.

Punset completed a law degree in Madrid before moving to the UK to study for an economic science Masters, where he developed a passion for London and stayed for several years.

He started out as an economics journalist for the BBC and The Economist magazine and later worked as an economist for the International Monetary Fund in the USA and Haiti.

Coming back to Barcelona during Spain’s transition to democracy, Punset served as Catalonia’s finance minister and as Spain’s Europe minister in the post-Franco government.

He presented the pioneering programme Redes for eight years since its launch in 1996, one of the first Spanish TV broadcasts to use a virtual set, 3D animation and video interviews.

The much-loved, charismatic personality was praised for his clever quips and creative ways of explaining science, once claiming that there was ‘no proof’ he was going to die.

Punset had previously managed to recover from lung cancer diagnosed in 2007.

Property rental prices to be capped in Catalonia