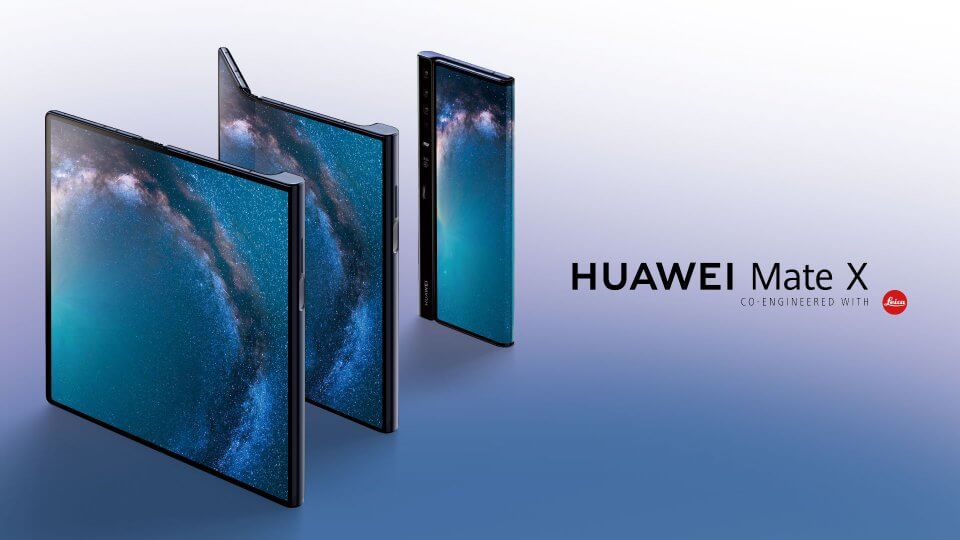 Handset makers are racing to launch their first smartphones with folding screens but analysts warn the technology is still too rudimentary – and expensive – to woo consumers in large numbers for now.

Samsung, the world’s biggest seller of smartphones, unveiled a handset that folds open like a book to be a tablet at an event in San Francisco last Wednesday, becoming the first major manufacturer to offer the long-awaited feature.

China’s Huawei, the world’s second biggest smartphone seller, immediately followed in its footsteps and presented its own phone with a folding screen – the Mate X – on Sunday at an event in Barcelona on the start of the Mobile World Congress trade fair.

The Mate X’s screen wraps around the outside so users can still view it when it’s closed, unlike the Samsung’s Galaxy Fold, which has a screen that folds shut.

Huawei’s foldable phone will sell for 2,299 euros when it goes on sale by midyear, even more than Samsung’s which is priced starting at 1,745 euros.

The audience at both events gasped when the prices of the devices were announced.

China’s Xiaomi, South Korea’s LG and other handsets makers have said they are working on phones with foldable screens of their own.

Foldable handsets represent a significant break with the dominant shape smartphones have taken since Steve Jobs introduced the world to the iPhone in 2007 – a dark black rectangle with a single touch screen.

Global smartphone shipments fell 4.1% in 2018 to a total of 1.4 billion as people hold on to their phones longer due to a lack of new features, according to research firm IDC.

But Ben Wood, an analyst at tech research consultancy CCS Insight, said the appeal of foldable phones would be limited for now to ‘gadget lovers’ who want the latest tech.

‘This right now looks like a solution looking for a problem. Most consumers will look at it right now and go “it is very, very expensive”. It is kind of an early stage product. I think we are kind of in the Stone Age of the flexible device,’ he said.

Aside from its steep price tag, problems with the devices include poor readability in sunlight, and a bulky design needed to protect the screen’s fold, according to the research firm.

Analysts have also expressed concerns over the durability of the devices since folds are typically areas where problems are most likely to develop in electronic devices over time.

‘Generally the trend has been to have a design that does not have any mechanical elements in a smartphone to make them more durable,’ said Ian Fogg, a senior mobile industry analyst at OpenSignal, which collects and analyses data from mobile networks.

Both Samsung and Huawei said their devices can withstand the wear-and-tear of over 100,000 folds.

‘It needs to make sure that there is seamless switch from one (screen) to the other. There is a lot of work that has to come with that,’ said Reith.

Research firm Strategy Analytics forecasts global sales of just 1.2 million foldable phones this year, which will rise to around 64.9 million phones in 2023 – just 3.5% of projected global smartphone sales that year.