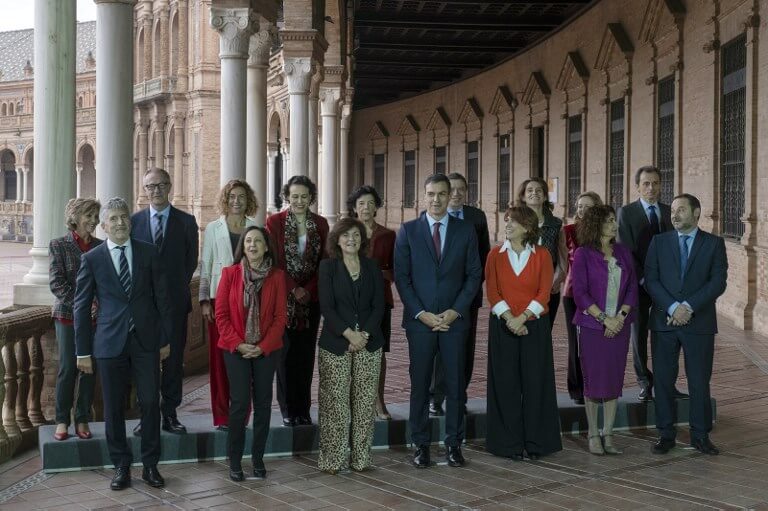 Carmen Calvo, Spain’s deputy prime minister, has rejected claims by Catalan pro-independence supporters that the Madrid government’s decision to hold a cabinet meeting in Barcelona is a provocation.

Prime Minister Pedro Sánchez will hold his weekly cabinet meeting on Friday in Barcelona, the capital of the wealthy northeastern region.

But that is a year after Madrid ordered snap elections in the region after blocking Catalonia’s move for independence.

Pro-independence groups in Catalonia have called on their supporters to protest the meeting on the streets of Barcelona on Friday, and police have already made plans to boost their presence there.

‘To come on that day is a provocation,’ jailed Catalan leader Jordi Turull told the AFP news agency in an interview Monday.

But Carmen Calvo insisted on Wednesday that the cabinet meeting ‘was not a provocation’. It would be held ‘in a situation of normality’, she said.

In October 2017, Catalan leaders pushed ahead with a controversial independence referendum despite warnings from Madrid, then declared independence on the basis of the results.

The then conservative Spanish government responded by deposing the Catalan executive, dissolving the regional parliament and calling snap elections for 21 December.

A number of Catalan pro-independence groups have called for street protests.

‘On December 21, we will be … ungovernable,’ a radical grass-roots group, the Committees for the Defence of the Republic (CDRs), said on Twitter Wednesday.

‘Lets topple the regime,’ said the tweet, accompanied by a picture of Spain’s King Felipe VI on fire.

Calvo has said she would meet Thursday with the head of the Catalan government, Quim Torra. She said she would also hold talks with Catalonia’s vice president, Pere Aragones.

There are also reports that Pedro Sánchez will meet on Thursday afternoon in Barcelona with Quim Torra in the Pedralbes Palace, the former residence of the Spanish royal family in the city. However, this is yet to be confirmed.

It plans to hold another in the western region of Extremadura, in what it says is an effort to bring the executive closer to voters.