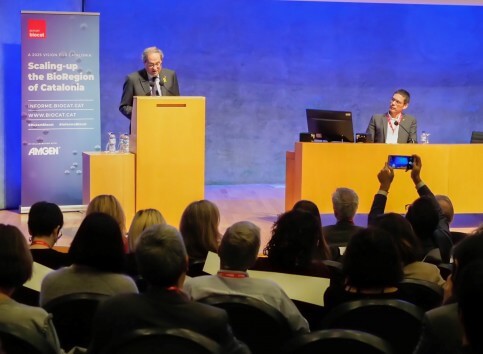 Catalan start-ups in the healthcare and life sciences sector attracted 340m euros of investment between 2015 and 2017, three times more than in the 2013-2015 period, according to the Biocat report, the most important on the sector in Catalonia.

As well as forecasting that investments for 2018 are likely to exceed the 107m from last year, the study also says that foreign investments in medical start-ups are now ten times what they were just five years ago.

According to the report, the number of foreign investors in Catalan start-ups in the sector has gone from zero to 50 in the past decade, with the amounts invested more than doubling, from 85m euros between 2013 and 2015 to 211m euros in the 2016-2018 period.

The Biocat report also says that a new start-up company opens every week in the medical and life sciences sector, with the total number standing at 1,060 at the end of 2017, with a joint turnover of some 17.8 billion euros.

In all, Catalonia’s biotechnology sector generates some 31 billion euros every year, accounting for some 7.2% of the country’s GDP, while at the same time employing 223,000 people, or 7% of the country’s workforce.

‘Barcelona is a hub for start-ups’

Biocat head, Jordi Naval, said ‘Barcelona has become a hub for start-up companies’, adding that in recent months tech firms like Amazon and Facebook have opened innovation centres in the Catalan capital.

Naval also highlighted some of the projects currently underway in the biotech sector, including work on 18 new medicines, 11 more than in 2013, with three of them in the latter stages of development. The Biocat head predicted that by 2025 there will be at least 10 products on the market that will have been developed in Catalonia.

Markets galore this weekend in Madrid