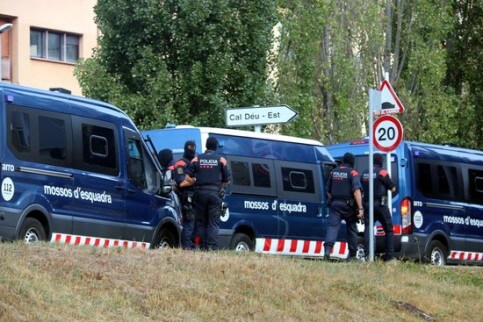 Abdelbaki Es Satty, the Ripoll imam and mastermind behind the Barcelona and Cambrils terrorist attacks, received four police visits while he was serving a prison sentence for drug trafficking. He was behind bars in the Castelló penitentiary.

The visits took place between the months of April and June in 2012, and finally on 17 March 2014, a month before he left prison.

This is what a report carried out by Spain’s Penitentiary Institutions (depending on the Interior Ministry) detailed on Tuesday at the request of the judge investigating the attacks, Fernando Arneu. Police identification numbers are also included in the document.

After the attacks took place, some media outlets highlighted the relationship between Es Satty and the Spanish Intelligence Service (CNI). The CNI director had to attend the Spanish congress in order to give a testimony behind closed doors.

From the summary of the case on the terrorist attacks, it has become apparent that the jihadist cell bought the majority of the butane cans via the mobile application Wallapop.

The CNI was put in the spotlight after admitting they were in communication with the main suspect of the 17 August Barcelona attacks. The town where most of the cell lived, Ripoll, subsequently demanded an explanation. Its council urged the Spanish government and CNI to take action in order to ‘assume responsibilities’ over the issue. A motion passed in the council read that Madrid ‘hid’ this information in a security meeting held on September 4 last year in Ripoll.