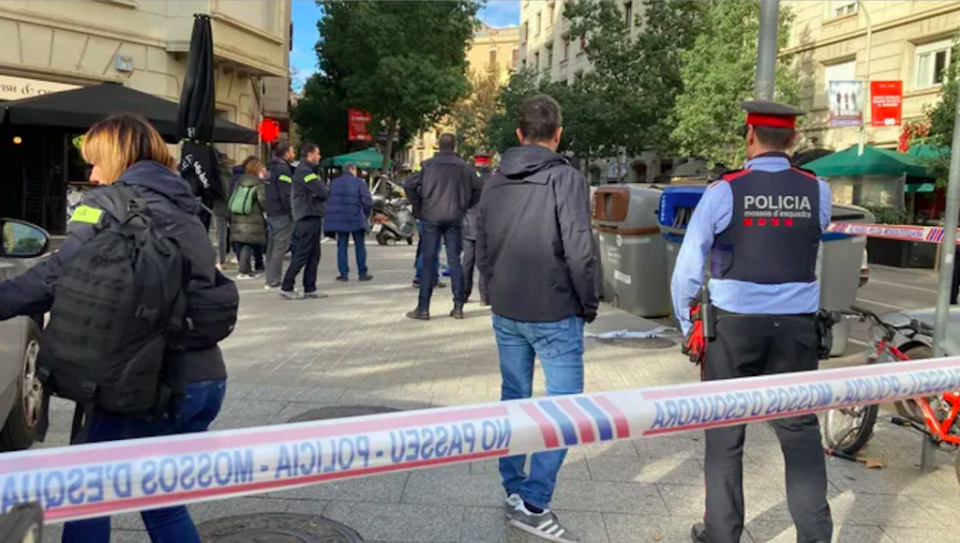 Agents of the Catalan police, the Mossos d’Esquadra, are investigating the torso of a man discovered in a suitcase in a rubbish container in the l’Eixample district of Barcelona on Tuesday.

The macabre discovery took place at around 11am, when the Mossos received a call that a body had been found in a container near the junction of Carrer Casanova and Carrer Aragó.

According to El País, the headless and dismembered torso was discovered by a scrap dealer of Romanian origin who had ‘the scare of his life when searching through a grey container’, located outside 91 Carrer Casanova. The container was reportedly empty except for a suitcase. He pulled out the suitcase which was ‘quite heavy’, and then when he opened it, he found the human remains.

According to reports, a local tobacconist helped the man first call for an ambulance, but once it arrived they immediately called the police.

Mossos agents quickly cordoned off the area and the body was removed soon after 1pm. After collecting evidence from the container, the agents also spread out through the nearby streets, checking for any security cameras that could have recorded the moment in which someone deposited the suitcase in the container.

According to the El País report, garbage collection was carried out late on Monday night in the area, so the suitcase had to have been deposited in the container since that collection time and 11am on Tuesday morning.

The investigation is open and the main mission of the agents is to identify the deceased and arrest those who have killed and dismembered him.