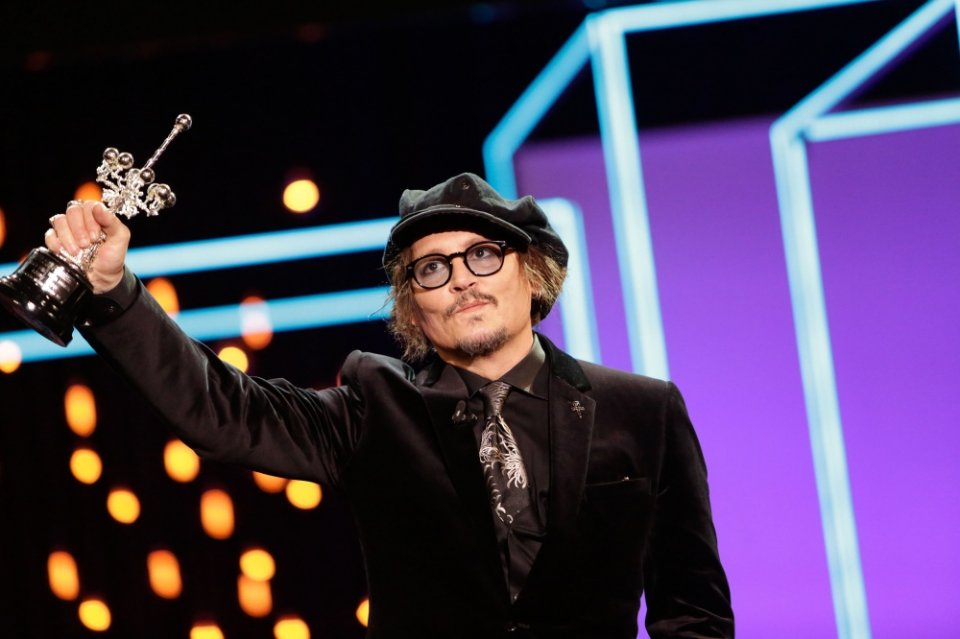 Hollywood star Johnny Depp received a lifetime achievement Donostia Award at the San Sebastian Film Festival’s 69th edition on Wednesday, and speaking to reporters before the gala ceremony said that ‘no-one is safe’ from ‘cancel culture’.

Depp was addressing questions from reporters about not being in favour in Hollywood for new star roles, ever since his ex-wife, actress Amber Heard, went public with allegations of domestic violence against him.

Despite the festival’s request for media questions to be constrained to the actor’s career, Depp suggested he was a victim of the ‘cancel culture’ that, he said, has spread across the cinema industry.

‘It’s a very complex situation, this cancel culture, or this instant rush to judgment based on essentially what amounts to polluted air,’ the 58-year-old actor said. ‘It’s got so far out of hand that I can assure you, no-one is safe. Not one of you, so long as someone is willing to say one thing.’

Last year Depp lost a libel claim against The Sun tabloid newspaper for a 2018 article that branded him a ‘wife-beater’ during his tempestuous relationship with his ex-wife, actress Heard.

The judge ruled against Depp, saying the article had been proven to be ‘substantially true’ – and the actor was ordered to pay the newspaper’s £628,000 legal costs. After the case, Depp said he was asked to step down from his role in the Fantastic Beasts film franchise based on the book by Harry Potter author J.K. Rowling. In March this year, a British court refused Depp permission to appeal the libel ruling, saying his attempt to overturn the decision had ‘no real prospect of success’.

Depp is also suing Heard for $50 million in the United States over a Washington Post article she wrote about domestic violence. That trial has been postponed until April 2022.

‘It takes one sentence, then there’s no more ground, the carpet has been pulled,’ Depp said to reporters on Wednesday, without mentioning Heard or the libel cases.

‘It’s not just me that it’s happened to. It’s happened to a lot of people: women, men, children have suffered from various types of unpleasantries that sadly at a certain point they begin to think it’s normal, that it’s them. It’s not,’ he added.

In August, the organisers of the San Sebastian Film Festival publicly defended its decision to give a lifetime achievement award to Depp, with the festival’s director, José Luis Rebordinos, stating that the actor ‘has not been charged by any authority in any jurisdiction, nor convicted of any form of violence against women’.

It followed criticism from an association of female filmmakers in Spain, the Asociación de Mujeres Cineastas y de Medios Audiovisuales (CIMA), about the organiser’s decision to distinguish Depp with the Donostia Award, saying it tarnished the event’s image and delivered the wrong message to victims of gender violence.

In response, the festival’s director said, ‘I would like to repeat our commitment to fighting inequality, the abuse of power and violence against women.’ Specifically with regards to the decision to give Depp an award, Rebordinos said: ‘In these present times, when lynching on social media is rife, we will always defend two basic principles which form part of our culture and of our body of laws: that of the presumption of innocence and that of the right to reintegration. According to the proven data which we have to hand, Johnny Depp has not been arrested, charged nor convicted of any form of assault or violence against any woman.’

Depp is a three-time Academy Award nominee, a Golden Globe winner, a Screen Actors Guild Award winner and the winner of 14 People’s Choice Awards. With more than 90 films to his name, Depp has also produced 10 films, but is probably best known as the swaggering Jack Sparrow in the Pirates of the Caribbean franchise.

Depp made his movie debut at the age of 21 as one of Freddy Krueger’s victims in A Nightmare on Elm Street (1984), and over the years, a relationship with the audience crystallised in the early 90s with his lead roles in the cult movie Cry Baby (1990), written and directed by John Waters, and his first collaboration with Tim Burton, Edward Scissorhands (1990). He went on to appear in two more Tim Burton films, Ed Wood (1994) and Sleepy Hollow(1999).

He received his three Oscar nominations for Pirates of the Caribbean: The Curse of the Black Pearl (2003), Finding Neverland (2004) and Sweeney Todd: The Demon Barber of Fleet Street (2007).

Receiving the Donostia Award on Wednesday evening at the gala ceremony, Depp said: ‘I am deeply grateful, it is an honour to receive this award. I am here today for one reason only, for the people, because cinema is for the people. People are in charge and there are a lot of bosses here.’ He added: ‘This is a real film festival where the films and the people who do it are at the centre. Thanks to the Festival and the entire city for this warm welcome.’