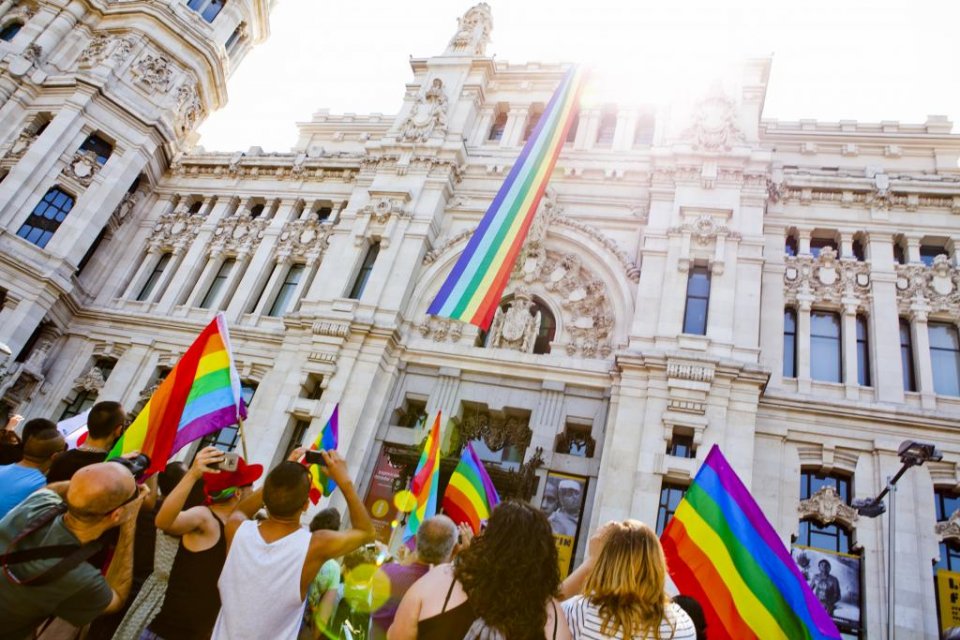 A young gay man who reported an attack at knifepoint in Madrid last Sunday later confessed to the police that the injuries sustained were ‘consensual’.

The police in Madrid had originally been carrying out a hate crime investigation after the 20-year-old man had reported that eight hooded assailants attacked him last Sunday afternoon, in the Malasaña neighbourhood of the city centre.

According to a report that he filed at a police station in the centre of Madrid, the eight assailants allegedly forced their way into the entrance of his apartment block, shouting homophobic insults before holding him down at knifepoint. The young man’s lip was cut and the word maricón (faggot) was carved into one of his buttocks. The injuries sustained were reportedly verified by a medical officer.

‘The 20-year-old victim was entering his home at around 5.15pm on Sunday, when eight people – with their faces covered – managed to force their way into his hallway,’ a police spokesman had originally said, referring to the young man’s report. ‘They insulted him, threatened him with a knife, and cut him on the lower lip and on the buttock.’

However, the police were then unable to find a single clue in 72 hours to corroborate the young man’s statement. The young man’s confession that the ‘attack’ was ‘consensual’ comes after the police had exposed gaps in his story, and not a single witness or image from CCTV cameras that focused on the area of ​​the alleged incident were found to confirm his report.

The police investigation continues, as a report of the case has already been sent to the courts.

The incident comes two months after the murder of Samuel Luiz, a 24-year-old gay man who was beaten to death while out with friends in A Coruña, in the region of Galicia. The murder sparked nationwide revulsion and protests, leading for calls to tackle hate speech and protect LGBTI people.

The ‘attack’ incident last Sunday in Madrid had originally been condemned by politicians from all parties. Prime Minister Pedro Sánchez tweeted: ‘Hate has no place in our society. I emphatically condemn this homophobic attack. We will not allow it. We will continue working for an open and diverse country, where no one is afraid of being who they are, where we all live, free and safe.’