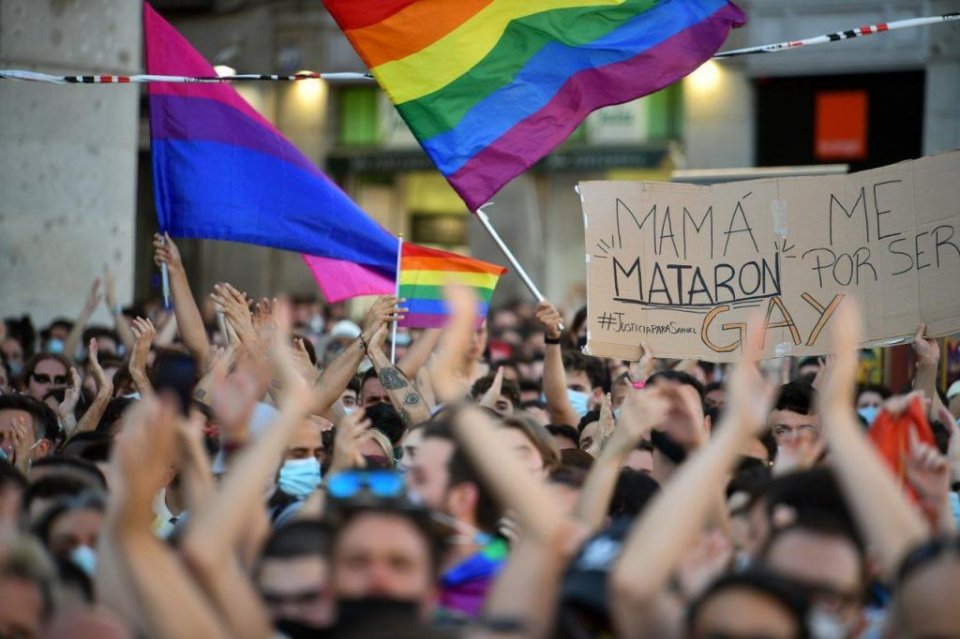 Since the brutal murder of Samuel Luiz, a 24-year-old gay man in A Coruña in the region of Galicia in the early hours of last Saturday, the Spanish police have arrested a total of six people.

Samuel Luiz, who was born in Brazil, had been found unconscious outside a nightclub in A Coruña after being beaten. Emergency services failed to revive him and he died on Saturday morning. Friends and relatives of the victim claim the nursing assistant was deliberately targeted for being gay and that his attackers used homophobic and derogatory language during the beating. Luiz was reportedly attacked while on a video call, by suspects who believed he was trying to record them.

The brutal killing sparked nationwide demonstrations from LGBT+ groups across several Spanish cities, with many describing his death as a homophobic ‘hate crime’. His death came just days after the end of Pride week in Spain. Thousands gathered in Madrid, with many waving rainbow flags and others holding banners demanding ‘Justice for Samuel’. Police in Madrid subsequently faced criticism after videos of skirmishes between riot-clad officers and LGBT+ protestors circulated on social media.

Social Rights Minister Ione Belarra was criticised by many on social media for being too quick in condemning Luiz’s death as a ‘hate crime’ when she tweeted her condolences to the victim’s relatives and friends. ‘We want a country free of violence where everybody feels free to be who they are,’ Belarra wrote. According to Interior Ministry figures, hate crimes related to sexual orientation in Spain rose by 8.6% in 2019. Activist groups claim that official statistics only capture a fraction of the problem because many incidents are not reported.

Spain’s Prime Minister Pedro Sánchez tweeted: ‘I am confident that the investigation by police will soon find the perpetrators of Samuel’s murder and clarify the facts. It was a savage and ruthless act. We will not take a step backwards in rights and freedoms. Spain will not tolerate it.’ Spain’s Interior Minister Fernando Grande-Marlaska stressed that ‘no leads have been ruled out, neither hate crime nor any other’.

After police reviewed surveillance cameras and questioned over a dozen suspects and witnesses who were outside the A Coruña nightclub on the night of the killing, they initially confirmed that they had arrested three young people from Galicia on Tuesday, two boys and a girl, all aged between 20 and 25 years old.

A fourth person, a male suspect, was also detained on Thursday on suspicion of ‘murder and misappropriation’. And then on Friday, police confirmed that they had detained two more young suspects. ‘Two new arrests, both minors and Spanish nationals, linked to Samuel’s murder, bring the number of people arrested so far to six,’ they said.