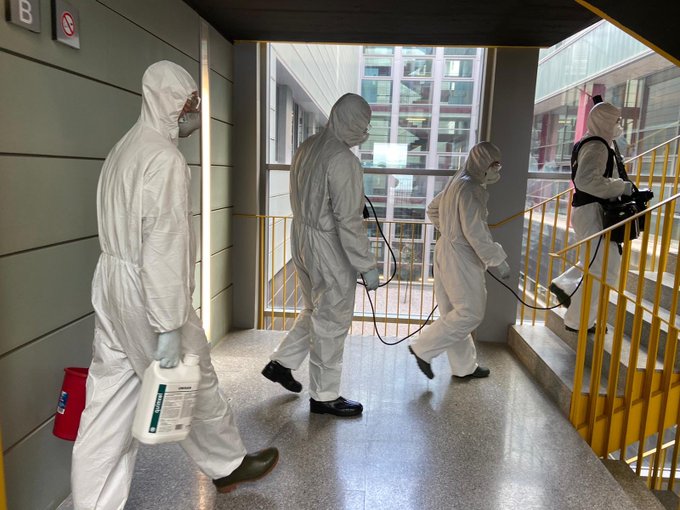 The Madrid Provincial Prosecutor’s Office has filed a criminal complaint against the doctor and manager of an elderly care home for reckless homicide and for ignoring the protocol of action against Covid-19, which they claim caused the death of an 85-year-old woman. It is the first such case in the capital since the start of the pandemic.

The prosecutor’s office say that the doctor and manager, who were not named, denied medical attention to the elderly woman, who had just moved into the home. Madrid has been one of the hardest-hit cities in Europe by the pandemic, and the criminal complaint could become one of several alleging inadequate care at retirement homes during the period.

At the height of the first wave of Coronavirus in March, Spanish military personnel who were helping with disinfecting duties to fight the pandemic, found elderly patients in retirement homes abandoned and, in some cases, dead in their beds.

In a statement, the prosecutor’s office said the doctor ‘disregarded’ the protocol set up by the Madrid regional government in caring for residents during the pandemic, and did not call a hospital about the woman, despite her worsening condition, until eight days after she began having trouble with breathing. ‘Despite her rapid transfer to hospital, she died the following day from cardiac arrest,’ the statement said.

The care home’s director ‘was aware of the patient’s clinical situation [but] did nothing’ to ensure she received health care during periods when the doctor was absent, specifically on the weekend before her death, it added.

A recent damning report by Amnesty International entitled, ‘Abandoned: The lack of protection and discrimination against older people in care homes during the COVID-19 pandemic in Spain’ – claims that the measures taken by the authorities to respond to the Covid-19 pandemic in both Catalonia and Madrid care homes have been ‘inefficient and inadequate and have violated at least five human rights of the care home residents’.

In the report, Amnesty said that conditions at elderly care homes in Madrid and Catalonia remained ‘alarming’ despite improvements, and that the ‘vast majority’ of residents had not been properly cared for during the pandemic.