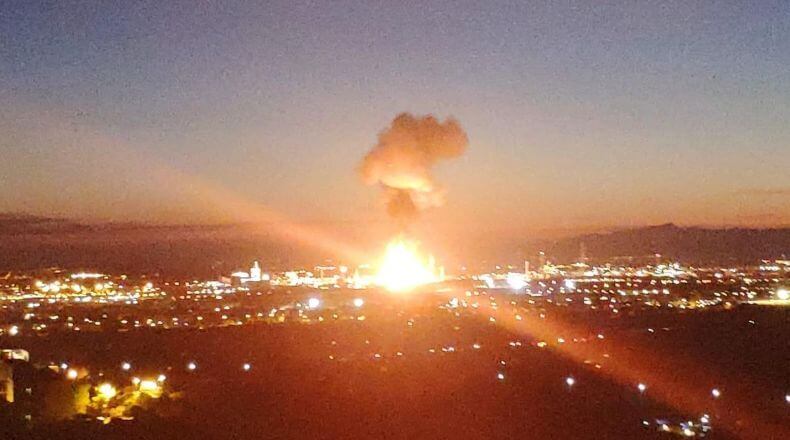 One person died due to a building that collapsed in the Torreforta neighbourhood of Tarragona, some three kilometres from the IQOXE factory, caused from debris from the chemical plant explosion. The body of another employee from the chemical plant, initially reported as missing, was later found at the scene of the explosion. Another seriously injured with burns later died in hospital. Six others are still being treated for burns.

24 groups of firefighters had been rushed to the Entrevies de la Canonja industrial estate on Tuesday evening, where the IQOXE factory is based. It is the only factory producing ethylene oxide in the whole of Spain.

The explosion took place at around 6.45pm. Whilst the incident is still under investigation, it is known that an explosion first took place in a reactor tank of propylene oxide, which then caused a vertical column of smoke, according to the fire chief in charge of the operation. This then led to a second explosion at an industrial electricity transformer.

Shortly after the explosion, the PLASEQCAT (Plan de Emergencia Exterior del Sector Químico de Catalunya) chemical alert was issued, although no sirens were activated. Emergency services stressed there was no toxic pollution, but people living in the La Pineda area of Vila-seca and in La Canonja town were all advised to remain inside, and to keep doors and windows closed, as a preventive measure.

Trains were suspended on nearby lines, including the connections between Tarragona and Reus and Tarragona and Port Aventura. Traffic authorities also recommended not to drive via the N-340 or the C-31b in the surrounding area of Tarragona.

Tarragona, which has a population of 800,000, is 115km south west of Barcelona. The Catalan president Quim Torra arrived at the scene of the coordination of the emergency services on Tuesday evening.

Coronavirus in Spain (10 May) – incidence rate drops another 10 points