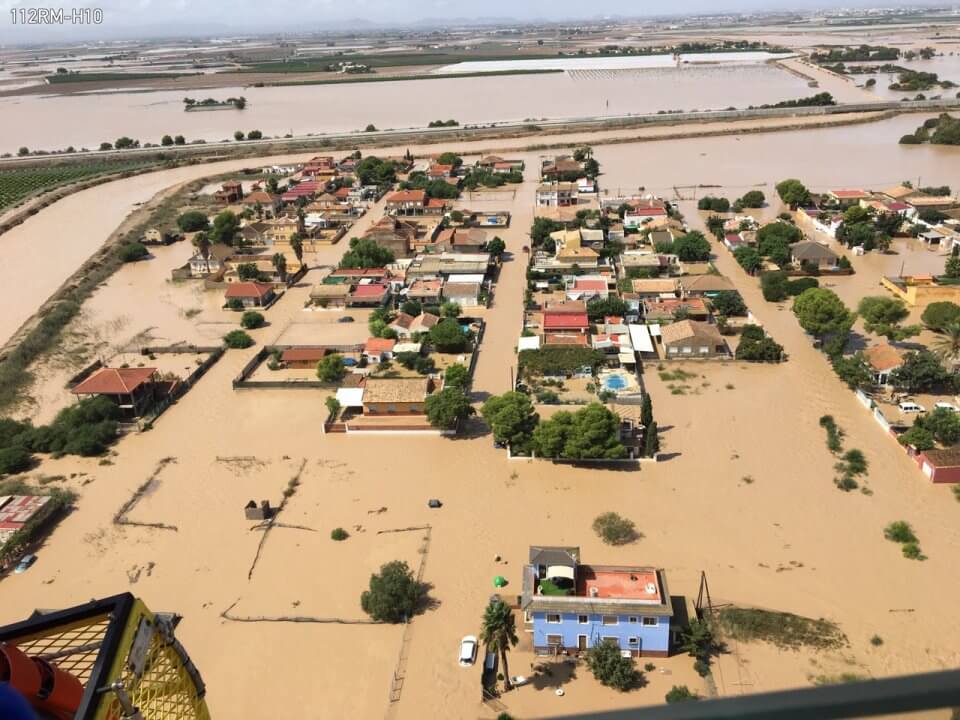 At least six people have died and over 3,500 have been evacuated from their homes over the weekend, after flash floods struck the south-east of Spain.

Rivers burst their banks and some areas of Valencia, Murcia and eastern Andalusia saw the heaviest rainfall on record.

Acting Spanish Prime Minister Pedro Sánchez visited the country’s flood-stricken regions on Saturday as the death toll rose to six, and train and air services were disrupted for a third day.

Vehicles were swept away by rushing flood waters, causing at least three deaths. One man was killed after getting stuck inside a flooded motorway tunnel in the centre of the coastal city of Almeria.

The latest fatality was a middle-aged man whose body was found by police in a field at a hamlet near the city of Orihuela in Valencia.

After observing the damage from a helicopter, Pedro Sánchez visited a command centre for emergency operations.

Later he offered his condolences to the families of the dead and said the government would do everything it could to help the survivors.

‘All those who have been affected need to know that the Spanish government will help so that at least they can repair many of the material damages caused by this extraordinary meteorological phenomenon,’ he told reporters as he arrived in Murcia.

The prime minister said water levels need to lower before the government can make an estimate of the total cost of the damage.

‘The catastrophe will have serious economic consequences,’ the head of the regional government of Valencia, Ximo Puig, said during an interview with Spanish public radio, before adding that ‘thousands of people’ depend on the fertile area’s orchards for work.

In addition to some 1,500 people who were evacuated earlier, officials on Friday removed another 2,000 residents of the town of Santomera in the region of Murcia as a precaution due to a controlled release from a local dam to avoid overflowing, the interior ministry said.