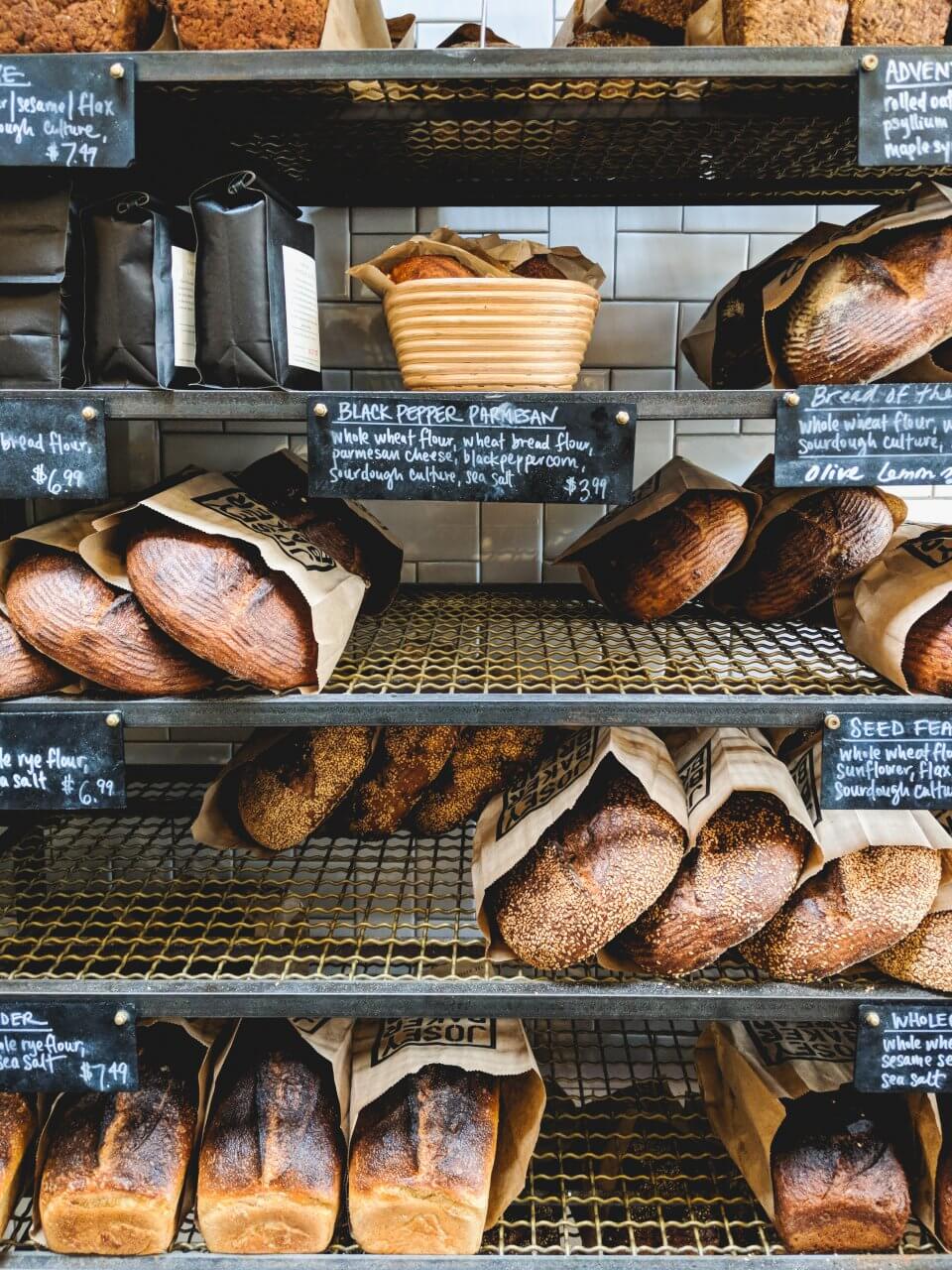 I have never met a baker that I didn’t like. Some have even become friends.

That’s not surprising considering what they do: getting up early every morning in the sackcloth black of heavy dark and plunging their hands again and again into pliable dough.

Have you ever actually looked at a baker’s forearms? Muscle on muscle on sinew on bone. Sadly though, years spent working with flour ‘dust’ regularly causes bakers asthma and even lung cancer.

What they proudly produce in the form of bread, the Egyptians call ‘aish,’ meaning life. There it was also once a form of payment, echoing the modern English slang as bread meaning money.

The Egyptian word reminds me of that old English expression ‘the staff of life’ with its idea that bread keeps us upright, like a walking stick. (Like plenty of people, I used to think the phrase was the ‘stuff´of life. That it is too, of course.)

But I can only think for a few minutes about different languages words for bread (pa, pan, brot, bara, chleb, ekmek, mkate, taro …) before my mind instinctively turns to its joys that first fill the nostrils before reaching the mouth. (Is it unsurprising that some real estate agents suggest that the scent of freshly baked bread inside a house will increase the chance of selling it?).

Ultimately, I am a simple man. I don’t need fancy food to be happy. I require nothing on good fresh bread. Just hand me a slice of quality seeded loaf, a steaming round of pita, a soft and pappy bap, a torn-off chunk of wholemeal rye, a firm circle of bagel, a still-warm bit of authentic sourdough, some yielding Turkish sesame bread, a shiny little ball of French ‘pain au lait,’ a flat disc of chewy garlic naan, a newly-made corn tortilla, a crunchy sliver of ‘pa de vidre’, a crust of wood-fired ‘redondo’ or the nostalgic raisin bread of my childhood. Give me any of these creations and I will thank you from deep within.

Some of my relationship with bread is not quite so straightforward though. Before living here in Europe, we spent two years in Milton Keynes, a new British city of almost a quarter of a million people.

But our existence there was deprived. At that time there was not one single specialist bakery inside the limits of the urban area.

If you wanted real bread made by an independent baker, you had to drive just outside the city to one of the small, older towns where you could ask a living, breathing person for the good stuff, rather than pick up a product in a plastic bag down a supermarket aisle.

This is a great contrast to the little town in the Penedes where we have lived for a long time now. Less than two minutes’ walk from our house, there’s a tiny bakery and if I am lucky and it is not yet sold out, they will have their excellent ‘pa de coca’ or Vienna rolls.

The great challenge I face is limiting my eating of bread to once a day. This is something I very reluctantly try to do to keep weight off but I do often fail.

Years ago I even bought a bread-maker machine but after a couple of attempts which produced edible bread, I gave up and went back to the stuff that the professionals simply do much better.

[This article was first published in Catalonia Today magazine, February 2019.]

Brett Hetherington is an author and columnist for Catalonia Today magazine. He is a long-time resident of the Barcelona region and blogs at: Standing in a Spanish Doorway.

The ‘Jordis’ can now appeal to EU Court of Human Rights