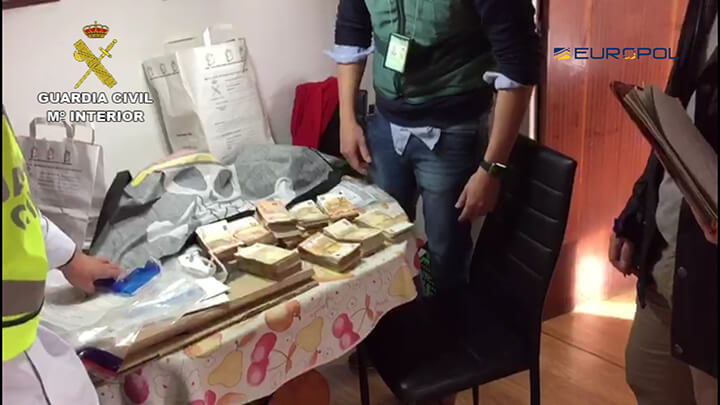 Spain’s Guardia Civil have dismantled a gang that allegedly fixed professional tennis competitions, detaining 15 people and probing 68 others including tennis players, one of whom played in the last US Open, they said Thursday.

In a statement, the police force said the organisation bribed tennis players to fix matches in ITF Futures and Challenger tournaments, the lower levels of the professional game where younger players start out before reaching the ATP and WTA Tours.

The Guardia Civil kicked off the operation after the Tennis Integrity Unit (TIU), an anti-corruption tennis body, made an official complaint.

It did not identify those detained or being probed but said one of them played in the last US Open. It is unclear whether he is among the arrested or investigated.

Reports in Spain claimed the Spanish player Marc Fornell-Mestres, ranked 236th in 2007, was one of the leaders of the organisation.

Fornell-Mestres was handed a provisional suspension from the sport at the end of last year following an investigation into what the TIU described as ‘alleged breaches of the Tennis Anti-Corruption Program’.

According to Europol, ‘the suspects bribed professional players to guarantee pre-determined results and used the identities of thousands of citizens to bet on the pre-arranged game’.

The members of the organisation are Armenian. ‘Some of them’ were arrested, a police spokeswoman told the AFP news agency.

They ‘attended the matches to ensure that the tennis players complied with what was previously agreed, and gave orders to other members of the group to go ahead with the bets placed at national and international level,’ Europol said in a statement.

The Guardia Civil said the group had been operating since at least February 2017 and could have made millions of euros.

Match fixing has become a controversial issue in tennis, where elite players are handsomely paid but those in the lower echelons of the game can struggle to make ends meet.

Lower-ranked players often find it difficult to cope with the financial demands of a career that requires constant travel around the world, preferably with a coaching team attached.

A joint investigation between the BBC and Buzzfeed in January 2016 suggested illegal betting activity was widespread in tennis.

A report published last month by an Independent Review Panel recommended there be no live streaming or scoring data offered during games in the lower tiers of the sport.

The report also said betting companies should not be allowed to sponsor tournaments.