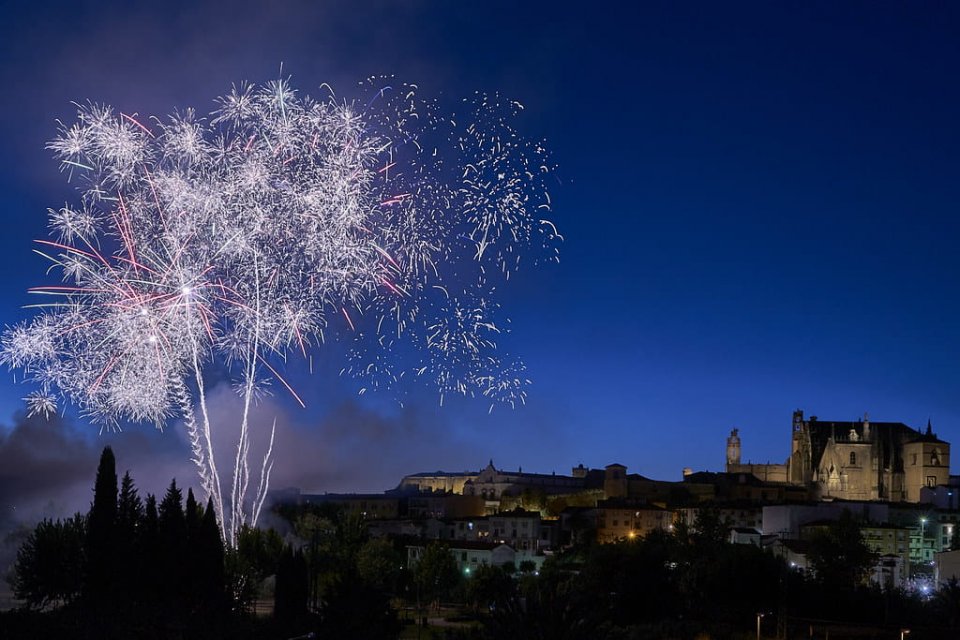 Plasencia Fair will go ahead but without fairground rides

On 10-11 June, a Thursday and Friday, the Plasencia Fair will take place but without any fairground rides.

This is due to a disagreement between the city council and the organisers of the fair. Stalls, tents and rides are normally installed in the area of El Berrocal which is now being used to host vaccinations against Covid-19.

The council has out-ruled making any changes to this set-up, and continues to prioritise the on-going vaccinations. The last of several meetings was held last week without a solution being found.

The council did offer alternatives, but the organisers of the fair did not agree to them, claiming that the suggestions were in locations where it would not be possible to ensure adequate water and electricity supplies.

After failing to reach an agreement, the council also proposed to change the date of the fair, pushing it forward to the month of October to the date of Las Fiestas del Pilar, but the notion was also rejected. ‘We already have those fairs every year in Zaragoza and Zafra,’ said Rosa Morgado, spokesperson for the Extremadura Fairgrounds.

Rides or no rides, the locals of Plasencia will be glad to see the return of their fair after such long periods of lockdowns and curfews.

Sequía, the new series to begin filming in Cáceres

The thriller, which is centred on an unsolved crime, will consist of narratives on love, betrayal, ambition and greed.

Filming begins on the 14 June, with locations so far confirmed of Cáceres and Madrid on the Spanish side of the border, and Lisbon and Cascais in Portugal.

Directed by Joaquín Llamas and Oriol Ferrer, Sequía tells the story of a family in a town called Campomediano which emerges from a swamp after a draught. The script was written by Arturo Ruiz and Daniel Corpas.

When the remains of two bodies are found in one of the town’s houses, police inspector Daniela Yanes takes charge of the case. Bullet holes reveal that Yanes is looking at a crime which has stayed hidden for years.

The plot sees two families, from either side of the Spain-Portugal border, entangled together in a chain of events beginning in the late 90s and taking unexpected turns throughout.

The name of the series refers to the lack of rainfall experienced in the border region which is central to the plot and interlinks the experiences of Spaniards and Portuguese alike.

Preference for AstraZeneca causes a delay in second doses

Those who have already received their first dose of the AstraZeneca vaccine, and were told they can choose either AstraZeneca of Pfizer for their second jab, are predominantly asking to stick to the same vaccine, prompting a delay in the rollout of second doses.

Extremadura’s health service, the Servicio Extremeño de Salud (SES), has announced that those who opted for Pfizer will begin receiving their second doses this week. To prevent further delays, the SES will better inform those affected that Pfizer is the preferred option although people may continue to decide for themselves which second dose to receive.

Head of the health department José María Vergeles said, ‘Either we have explained it wrongly or we have not been understood. I do not think that it is necessary to take unnecessary risks by getting vaccinated with AstraZeneca.’ He later added, ‘We have always been very clear: those opting for Pfizer are vaccinated first.’

Natural pools open to the public in the north of Cáceres

Summer is yet to fully arrive. We are at the end of May but have already reached temperatures of 37 degrees in Extremadura. For that reason, the region’s natural pools, particularly those in the north of Cáceres, are already opening up to visitors.

Although the water is still quite cold, visitors have already been swimming in the natural pools of Losar de la Vera, with more expected to come as the temperature continues to rise. Like last year, there are still guidelines to follow to prevent the potential spread of Covid infections. Local authorities may still decide to close off the areas. A final decision is excepted to be made within the next two weeks, and will depend on the state of the pandemic.

Unlike last summer, natural pools in Sierra de Gata will be open to the public this time round, with bathing in the area also allowed.

‘Chiringuito’ installed on promenade due to lack of sand on beach