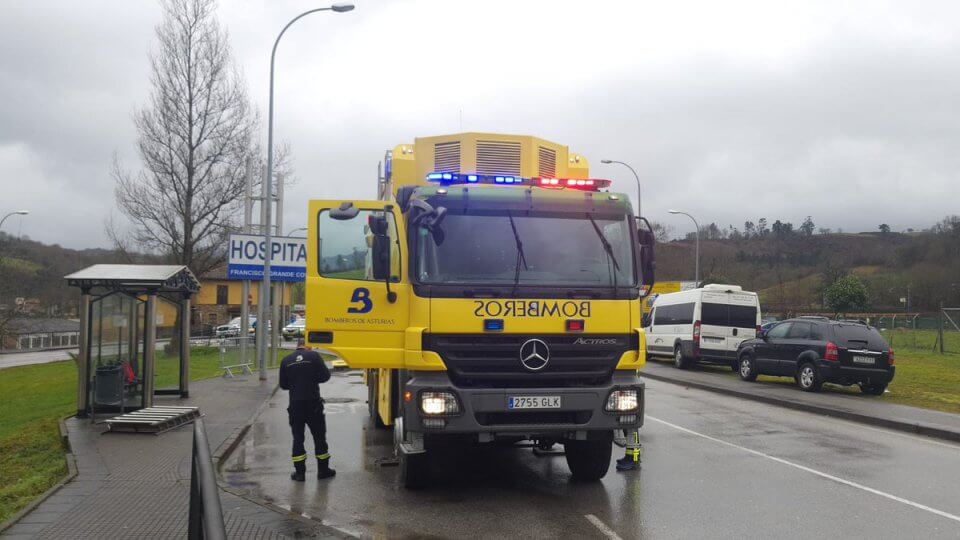 Heavy rains and flooding have killed at least four people in northern Spain and forced authorities to evacuate a hospital and close schools.

A 62-year-old man died when his car hit fallen rocks on a road in the northern region of Asturias, while a 70-year-old man was killed when his car plunged down a ravine after part of the road he was driving on gave way, local emergency services said in separate statements.

A 42-year-old man died in another car accident blamed on the weather while firefighters found the body of a 41-year-old man in a river on Thursday morning, a day after he had been reported missing.

‘Asturias is in mourning. Four deaths due to heavy rains in recent days,’ tweeted Adriana Lastra, an MP with Spain’s ruling Socialists (PSOE) who represents Asturias, which is known for its fertile farmland and shamrock-green pastures.

Images on social media showed swollen rivers and rocks crashing down from a mountain in front of a bus.

Emergency services workers evacuated 38 people from a hospital in the village of Arriondas late on Thursday due to the heavy rain, the regional government of Asturias said on Twitter.

Classes in five schools were also suspended while several roads and railways in the region were cut.