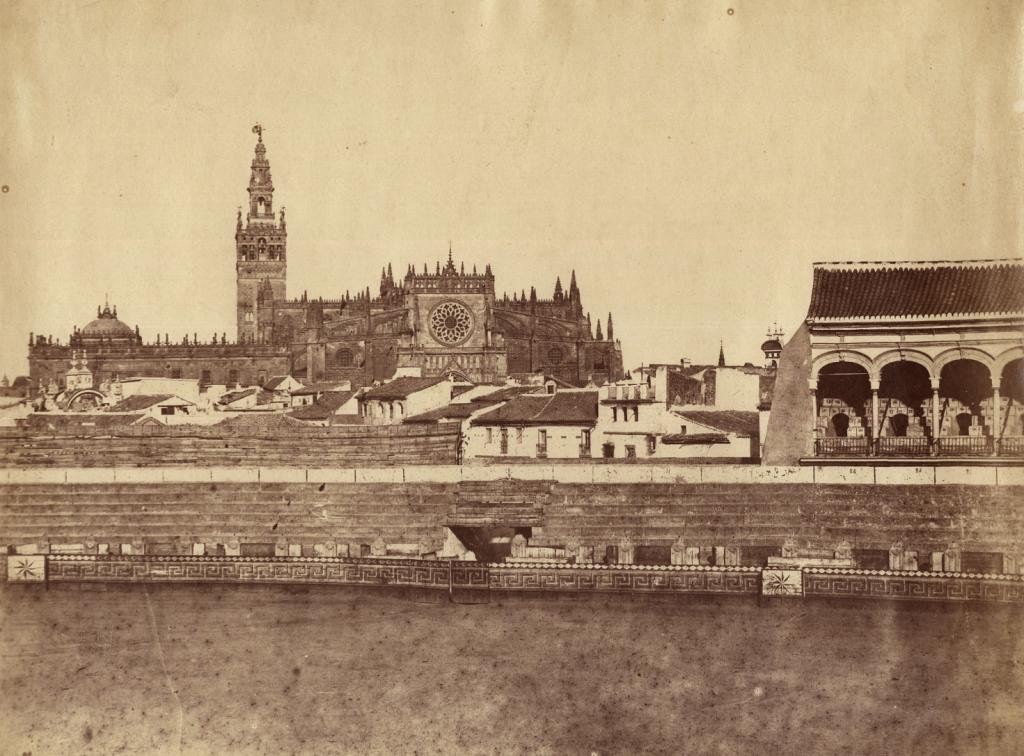 ‘Discovering Luis Masson’: A photographic journey through Andalusia in the 19th century

This temporary exhibition at the Museo de Bellas Artes in Sevilla presents a catalogue of unique images of the large Andalusian cities in the 19th Century and runs from 25 May to 5 September 2021.

‘Discovering Luis Masson’ features a selection of 88 photographs taken between 1858 and 1875 by Luis Masson (born in Tours, France) and rescued from oblivion by curators Juan Antonio Fernández Rivero and María Teresa García Ballesteros.

The photographs exhibited (mostly unpublished until now), are images of the Andalusian cities that the author visited: Granada, Sevilla, Córdoba and Málaga, as well as some Castilian cities, such as Toledo, Salamanca or Burgos.

Although not much is known about his life, Luis Masson is among the pioneers of photography in Spain in the 19th century,

This huge catalogue of Masson’s photographs has been compared to a graphic novel, telling the story of !9th century Andalusia, including enabling us to visit villages that have now disappeared through the miracle of photography.

Masson opened a studio in Sevilla in 1858. During this time he also worked in Málaga, Granada, Córdoba, Cádiz and Gibraltar, in an attempt to exploit the public interest in urban and monumental views. The exhibition reflects this, featuring the region’s most iconic buildings such as Malaga’s Alcazaba, Granada’s Alhambra, Córdoba’s Mezquita and Cádiz Cathedral.

His urban photographs are just as captivating. Views of Andalusian streets and squares such as Plaza de la Merced in Málaga and around the Albaicín neighbourhood in Granada help us to imagine what Andalusian life was like over a hundred years ago.

All the pieces belong to the Fernández Rivero Collection of Historical Photography (CFRivero).