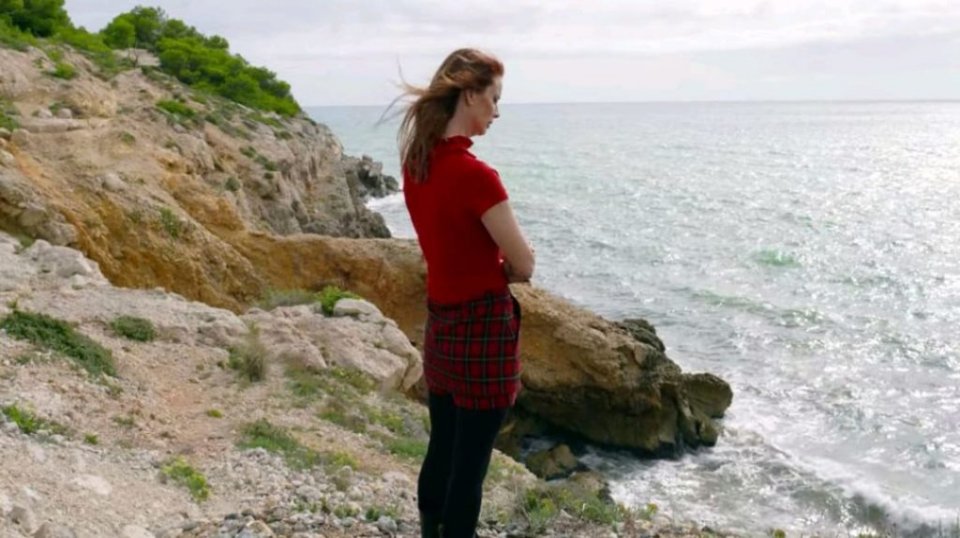 Sarah Ransome chose the Garraf area to hide between 2018 and 2021, after coming forward and starting litigation in 2017 against Jeffrey Epstein for the abuse she endured at the hands of the late convicted sex offender and his closest confidante, the jailed sex trafficker Ghislaine Maxwell.

In a recent interview in L’Eco with two Italian journalists living in Sitges, Giorgio Ragnoli and Elena Affinito, Ransome, who now lives in London, talked about the drama she lived and how she came to spend three years in the Blaumar urbanisation, in the Els Colls area of Sant Pere de Ribes.

Ransome also appeared in an episode of the Netflix series Filthy Rich about the billionaire financier and sexual predator Epstein, and which was partly shot in Sitges and El Colls.

In 2006, after moving to New York at the age of 22 to study fashion, Ransome was recruited into what is now regarded as one of the most high-profile sex trafficking rings in history, headed by Epstein and orchestrated by Maxwell. For nearly a year, Ransome was subjected to regular mental and physical abuse by the pair including starvation, body shaming, and rape.

Ransome sued Epstein, Maxwell and others in 2017 regarding these allegations and settled the civil action two years later for an undisclosed amount. Maxwell had denied the allegations in the lawsuit. Since Maxwell’s later conviction for sex trafficking, Ransome has published an autobigraphy, Silenced No More: Surviving My Journey to Hell and Back (Harper Collins).

After coming forward in 2016, Ransome has said she ‘went into hiding in Spain’ and that she ‘didn’t speak one word of English for two years’, except to her partner. She said that she has evidence that Epstein was looking for her during the litigation in 2017, and that he had tracked her down to Barcelona.

In the interview with L’Eco, Ransome recalls the good memory she has of Sitges and El Colls. ‘I immediately fell in love with Sitges’, she said, adding that ‘one of the most important aspects was the wonderful nature of the Garraf’. She said: ‘The natural element is essential for my personal well-being and balance. Waking up at dawn and watching the sun rise over the sea was like medicine for the body and soul, a cure for emotions.’

The full interview (in Catalan) appears in the current edition of L’Eco (20 May).

The labour market in the Garraf area is recovering

Sitges driver who was three times over the limit, crashes into another car

Sitges Carnival to bring together an estimated 250,000 people during the week