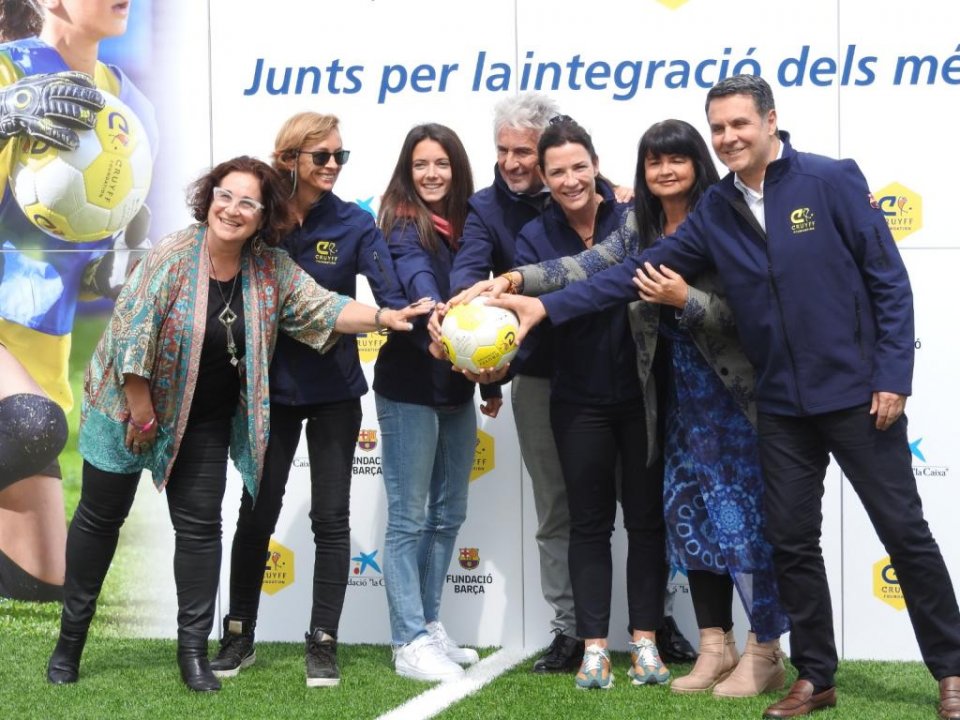 Cruyff Courts are small, open-air football pitches to promote sport between children and young people with the aim of instilling, through sports activities, values ​​such as responsibility, self-improvement, integration, team play and education in healthy habits to prevent an inactive lifestyle and childhood obesity.

Aitana Bonmatí is the first woman to sponsor a Cruyff Court and at the inauguration she expressed her satisfaction by saying, ‘I am from Ribes and being in Sitges is like being at home too’, adding that she was proud to sponsor the first Cruyff Court as a women’s footballer.

There are currently 13 Cruyff Courts in Catalonia and they are being promoted through agreements between the Cruyff Foundation, the FC Barcelona Foundation and the La Caixa Foundation.

The mayor of Sitges, Aurora Carbonell, said that ‘the work these foundations have done is so important’ and expressed her delight that ‘Sitges has the first Cruyff Court with a woman’s name – Aitana Bonmatí’.

The president of the Cruyff Foundation, Susila Cruyff, addressed the children of the schools in Sitges at the presentation, saying, ‘this is a free and open field for everyone and I hope you enjoy it a lot’.

The creation of the Cruyff Court Aitana Bonmatí in Sitges also involves the participation of the town in two specific projects on these football pitches: the Cruyff Courts 6v6 Championships for boys and girls aged 10 to 12 in which all Cruyff Courts participate, and the Community Programme, which aims to help young people from different neighborhoods learn to organise their own tournament. 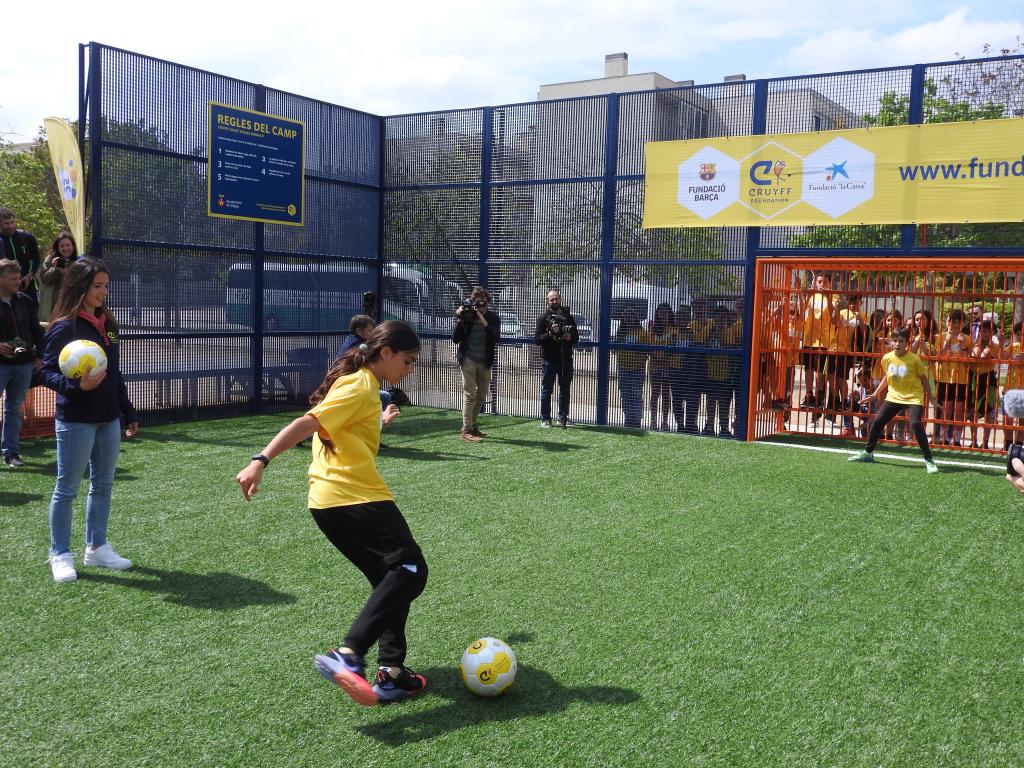