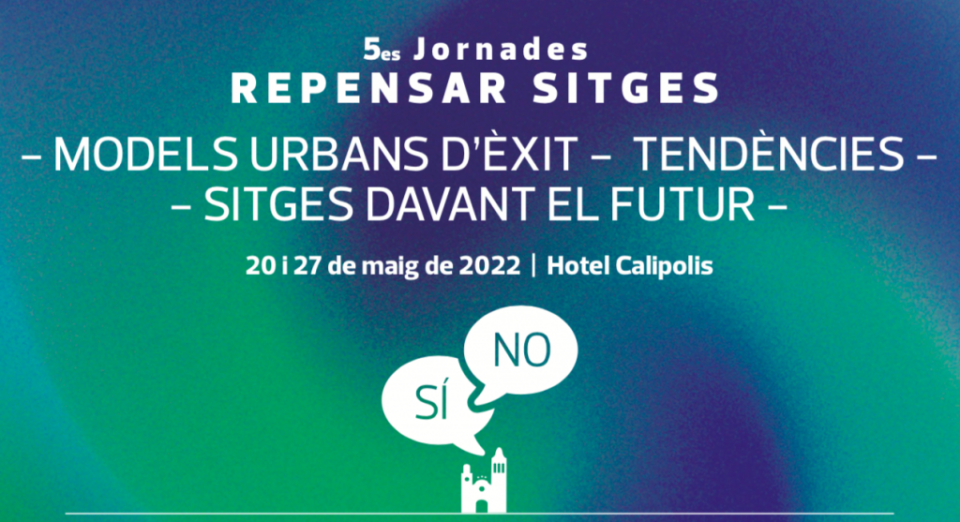 The success stories of Barcelona and Bilbao will be the central focus of the 5th ‘Repensar Sitges’ (‘Rethink Sitges’) Conference, organised by L’Eco, and which will be held on Friday 20 and 27 May at the Hotel Calipolis.

Under the three headings ‘Urban models of success’, trends and ‘Sitges for the future’, the conference convenes 20 speakers from different sectors to present and analyse success stories of other cities and, at the same time, to discuss about the challenges and projects of the town. For this reason, the panel of speakers combines local and external talent.

The changes experienced in the 1990s by Barcelona (with the 1992 Olympic Games) and Bilbao (with the transformation of the estuary and the implementation of internationally renowned facilities) will be presented and analysed at the conference. The Barcelona discussion will be led by Josep Miquel Abad, who was the head of the Organising Committee for the 1992 Games (COOB92) and who will be joined by the journalist from Sitges, Pedro Palacios, who was the head of media for COOB92. .

The example of Bilbao will be presented by Ibon Areso, who was the  city’s planning councillor between 1991 and 2014 and its mayor in 2014 and 2015. He will be joined by the journalist Juanjo Corcuera, who was the deputy editor of the newspaper El Correo de Bilbao and currently lives in Sitges. Abad will also take part in the final part of this dialogue, as he was one of the main people responsible for the Ría Bilbao 2000 project.

The conference will also feature the participation of the Catalan government minister Roger Torrent and the mayoress of Girona, Marta Madrenas. The mayoress of Sitges, Aurora Carbonell, as well as two former mayors of Sitges (Miquel Forns and Jordi Baijet) and one of Sant Pere de Ribes (Xavier Garriga) will also take part.

The event is free, with prior registration, by sending an email to: repensarsitges@lecodesitges.cat, indicating name, DNI / NIE, town of residence and the sessions you would like to attend. 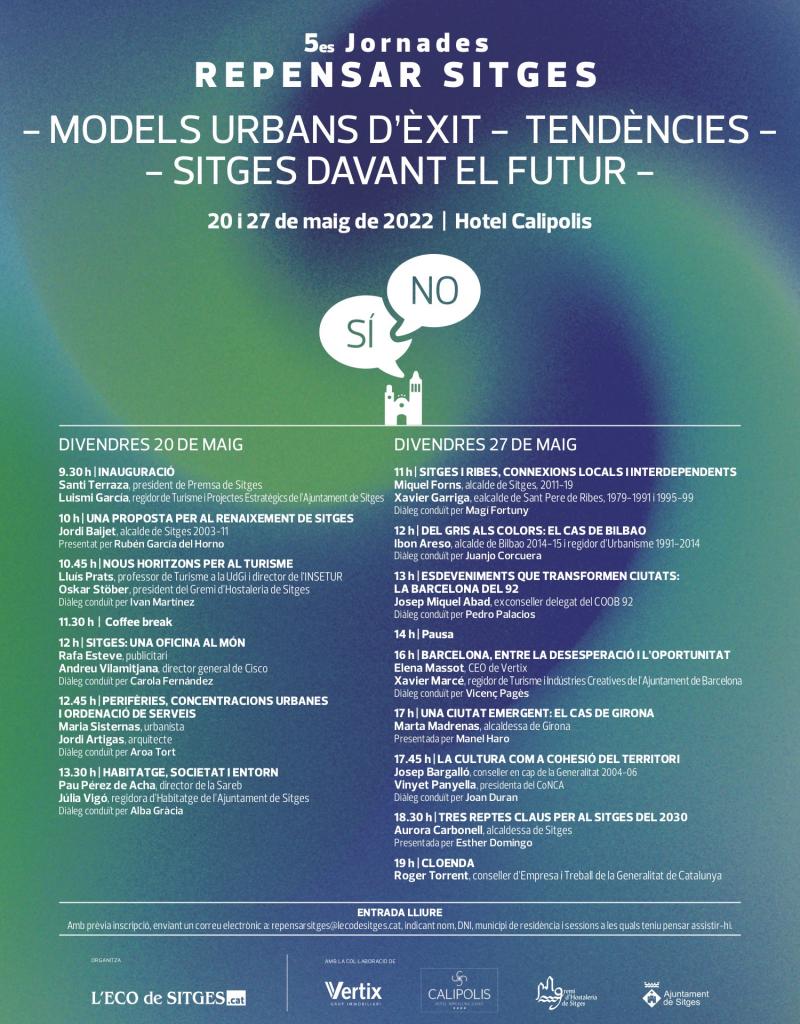